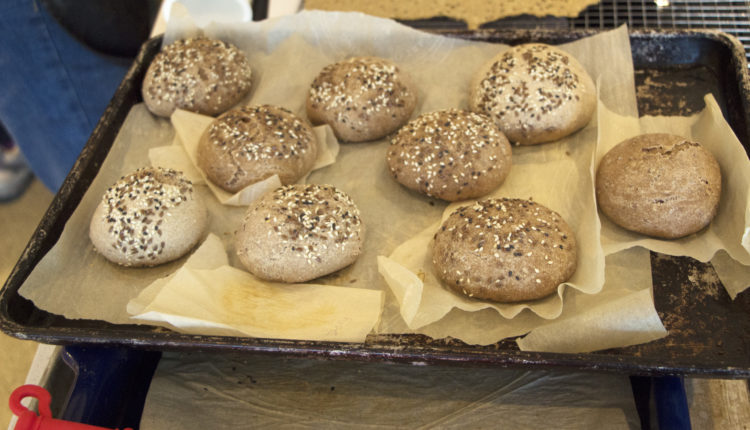 An old bread making process using sprouted grains is coming back into popularity in Vancouver because of its health advantages over other breads.

Sprouted bread contains grains that have been left to soak in water before use, allowing the grains to germinate before being milled into flour.

Ellexis Boyle, the class instructor, said that sprouted grains have become her preferred choice of bread because of the health benefits.

“The practices of industrialization have stripped away the nutrients from [bread],” Boyle said. “They produce things in much larger and cheaper quantities. We’re really used to those cheaper foods.”

Tanya Choy, a renal dietician at St. Paul’s Hospital, said the sprouting process keeps the nutrients present in bread because the grains are not refined or processed.

“Depending on how long the germination process is… some studies found the original grain can have three times more soluble fiber,” she said. “Research has shown that more whole grains may reduce the risk of conditions such as diabetes, heart disease and some cancers.”

Wendy Sinclair, who attended the class, said she was interested in the sprouting method because she was looking for a more nutritious option than bread made with white flours.

“I’ve seen a lot of the sprouted grain flour in the store and never purchased it because it’s so much more expensive,” Sinclair said. “But I think the course helped me see the value in it.”

Sprouted bread is roughly a dollar or two more than a regular loaf of bread in a Vancouver grocery store.

The Fight for Gender Equality in the Sciences