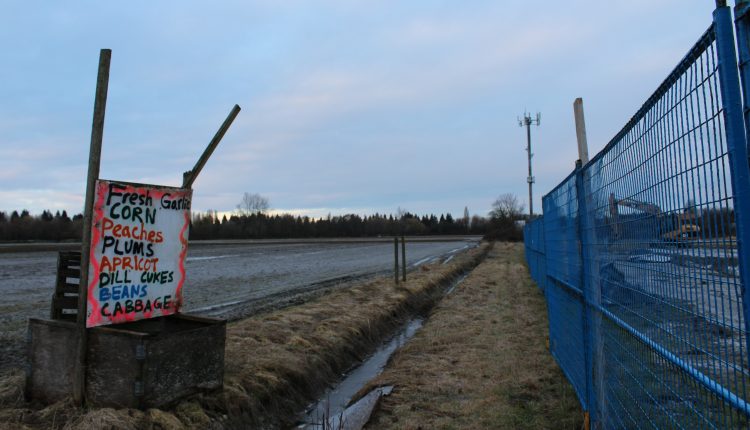 Richmond farmers say any new rules that limit the size of a new house on farmland should only apply to landowners who are not farming the land.

City council is considering new rules that limit the size of a new house that can be built on farmland. The move came after a landowner applied in 2016 to build a 41,000 square foot, 21-bedroom house on property designated for farming, near Finn and No. 4 roads.

“There is a lack of common sense coming from the government and their explanation for the reason for the house size,” said Jan Knap, a farmer who spoke at a public forum on March 2 at Richmond City Hall.

Interest is high on both sides of megahomes debate

More than 200 people attended the forum, including Knap and several farmers who argued they were being unfairly targeted because of non-farmers wanting to build big houses on their properties. Some have been rented as luxury rental accommodation.

Knap acknowledges he only farms enough of his land to get a tax break. But he said he feels that any bylaw should target those who choose not to farm the land.

“People are pointing to me that I am getting the tax discount and I am only producing $2,500 from my four acres — correct,” Knap said. “The point is, I am trying to do something with the land to lower the taxes.”

Farmer Bhupinder Dhiman has three generations of his family living on his blueberry farm. He believes the city has the tools it needs to regulate monster homes and said farmers, especially those with large families, should be excluded from any new bylaws.

“Farmers have enough regulations as it is,” Dhiman said. “This [problem of large homes] is across the whole Lower Mainland. The Airbnbs, the gambling houses, the brothels. If these issues were addressed first, that wouldn’t happen.”

City Coun. Carol Day said a bylaw is needed because farmers are increasingly favoring larger houses on their agricultural lots, adding that average house sizes on farmland have increased from 8,500 square feet in 2010 to 12,500 square feet last year.

Homes on farmland are growing in size, and fast

Day added that a small group of farmers were responsible for putting a stop to an attempt to regulate home size in 2011.

“These are what we call realtor farmers,” said Day, referring to the practice of some farmers trying to increase the value of their land to make it more attractive to prospective buyers.  “They bullied the previous council into not doing anything.”

Ted Townsend, spokesperson for the City of Richmond, said the city considered the issue of house size regulations on farmland in 2011 and decided not to change them.

“What’s happened since then is we’ve seen an increasing growth in the overall size of houses on farmland,” said Townsend after the March 2 forum. “We’ve also had lots of feedback from people who are very concerned that these monster houses are eating into farmland.”

Richmond resident John Baines lives in a home surrounded by farms with new megahomes on them near No. 4 Road and Steveston Highway. He said farmers are in a very difficult position and being offered millions for their land by realtors.

“The bigger the home you allow the more your land is worth potentially,” Baines said by telephone. “So what you have is that traditional farmers are caught in this situation where they have to decide if they want megahomes all around them or if they want their land to decrease in value.”

The city will continue receive feedback from the public on the issue until March 12.