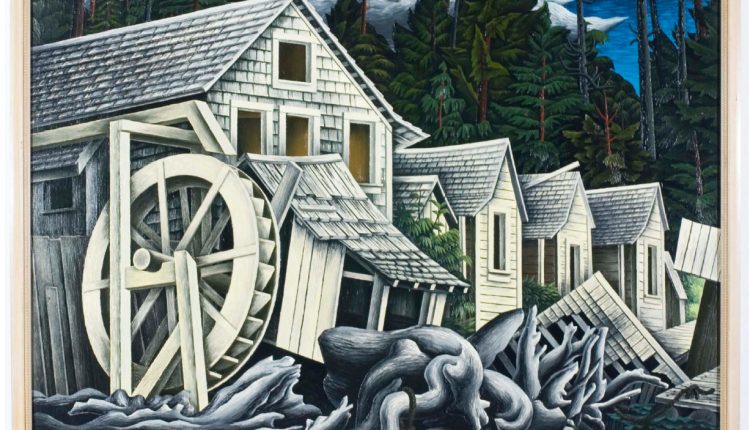 UBC’s student union is asking for approval to sell off some of its prized $4 million art collection to reduce high insurance costs related to storing the pieces.

The Alma Mater Society is conducting a campus-wide referendum until March 10 to gauge whether students are willing to sell up to four pieces from the 72-piece collection, which includes two paintings from famed Group of Seven artist Lawren Harris.

The AMS, which declined to comment, said in campaign materials that the sale was necessary to reduce high insurance costs for the collection. The group said that some of the money raised by the sale would go towards investment in student art programs.

The move by the union has raised concerns in Vancouver’s art community about the process of selling the work of artists such as Harris, Gordon Smith and Jack Shadbolt.

“The AMS collection is an important collection,” said Scott Watson, director of the Morris and Helen Belkin Art Gallery at UBC. “Most of the collection has been purchased for not very much money, and more often than not, they’ve bought something really quite interesting.”

The collection was established in 1940 after UBC English professor Hunter Lewis urged the university to purchase artwork to hang on the walls in the campus’s student union building.

For B.C.’s centennial in 1958, Maclean’s Magazine editor-in-chief Pierre Berton commissioned and donated nine works to the collection, doubling it in size.

Not the first attempt to sell off art, owned by students

This isn’t the first time the AMS has asked permission to sell pieces from the collection.

In 2012, students approved a similar referendum question, though the AMS didn’t end up selling a single piece. Kate Handfield, AMS art gallery commissioner from 2012-2013, said at the time, there was controversy over the legal status of the collection.

“It wasn’t given to the AMS for the purposes of making money, it was meant to be kept,” Handfield said.