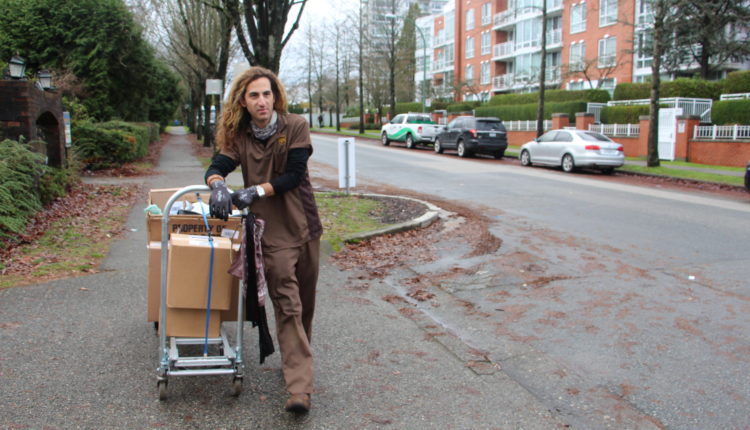 North Vancouver RCMP have issued a warning regarding reports of an increase in package theft from front door steps this winter holiday season.

“Porch Pirates” are getting an early start to holiday theft, as a result of an increase in online shopping. And those numbers are only going up, police say.

“It’s been an issue for quite a few years,” said Peter DeVries, media relations officer with the North Vancouver RCMP. “These are crimes of opportunity, especially with the increases in online purchases through suppliers like Amazon.”

Online shopping on the rise

With online shopping becoming a dominant way for people to buy goods, porch theft has also become a regular occurrence. According to a survey by Finder, one in four Canadian adults report being the victim of porch theft. The approximate value of the packages porch pirates have stolen from Canadians is $784 million annually, according to the same survey.

Other regional police departments including the Vancouver Police Department have also issued warnings about porch theft.

“Now we see thousands and thousands of packages delivered to homes every day,” said DeVries.

David Akselrod, a United Parcel Service delivery person who was distributing packages in South Vancouver on Monday, says that dealing with complaints from customers regarding missing or stolen packages has become a regular part of the job.

“When that happens we do a follow-up,” said Akselrod. “And then usually they get their money back from UPS.”

DeVries said that thefts come in surges, adding that the most significant surges are around Christmas time.

The RCMP, security systems companies, and package delivery companies are all issuing tips to Vancouverites on how to combat package theft.

“One avenue that we pursue in trying to mitigate the damages caused by this sort of problem is through public education, public awareness and through the messaging that we provide to improve crime prevention,” DeVries said.

Zeljko Cipric, an employee of Eurtech Security Systems advises to have parcels delivered to a post office where the recipient can safely pick up their delivery.

“If something important is coming, don’t have it delivered to the house and left by the front door, especially if nobody’s home,” Cipric said.

DeVries suggested giving more information including specific directions when making online purchases, such as requesting the delivery person to place the package around the back of the house, under the staircase or at the side of the house.

“If you have a plant or something just let the delivery man know,” said Akselrod.

“This is December. It’s super busy. So just keep your eye out.”

A slideshow of courier companies delivering packages in a south Vancouver neighbourhood.