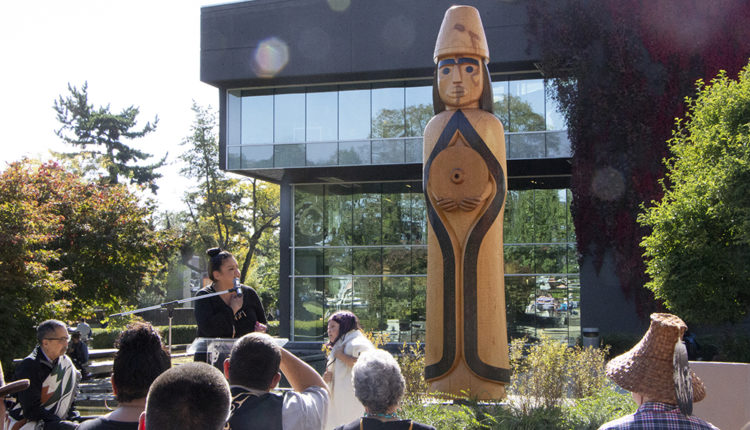 Langara’s recently unveiled “Welcome Figure” on the northwest corner of campus symbolizes the college’s close ties with Musqueam culture and the passing of knowledge to Langara students.

The house post was carved by Musqueam artist Brent Sparrow Jr. and inaugurated in a traditional raising ceremony on Sept. 26. The house post honours the recent passing of Henry Charles, who gave the college its Musqueam name, snəw̓eyəɬ leləm̓.

This house post depicts a woman, wrapped in a blanket, and bears a spindle whorl which symbolizes the passing of knowledge to future generations.

Danni Beardy, a Dene and Oji-Cree student, thinks the ceremony was a vital step in the ongoing process of reconciliation and Indigenous education on campus. Beardy is running in the upcoming student union election on a platform of expanding Langara’s calendar of events celebrating Aboriginal culture.

“We’re on Musqueam land, [the post] highlights the importance of where the land is from,” Beardy said.

“If I’m on somebody else’s land, it’s my priority to learn the customs, and respect them.”

Daniel Kennedy, a member of the Nlaka’pamux nation, is a Langara science student who is running against Beardy in the student election. Kennedy agrees that the post is a good step, but the college still needs to increase education.

“I think, now more than ever, it is very important to raise awareness for Indigenous culture,” Kennedy said.

The welcome post joins Langara’s collection of totems of Musqueam significance, such as the historic rock and coat of arms. Despite these visual educators, many students are unaware of the land’s significance.

Langara student Gabriel Chen said he has no knowledge of the post’s significance.

“I pass by it between classes, but I thought it was a student design project or something,” Chen said. 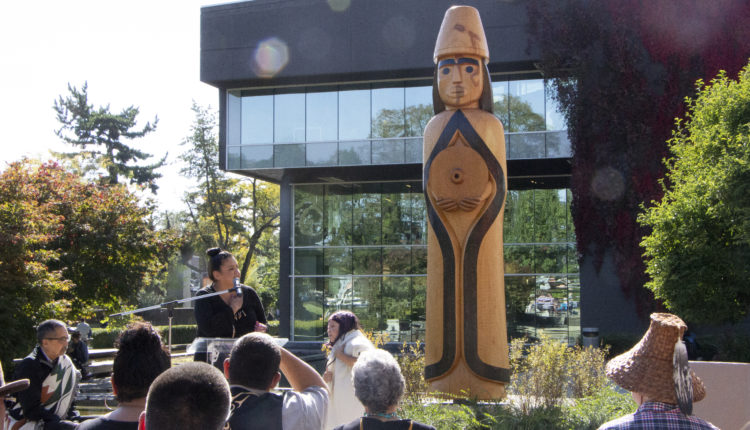 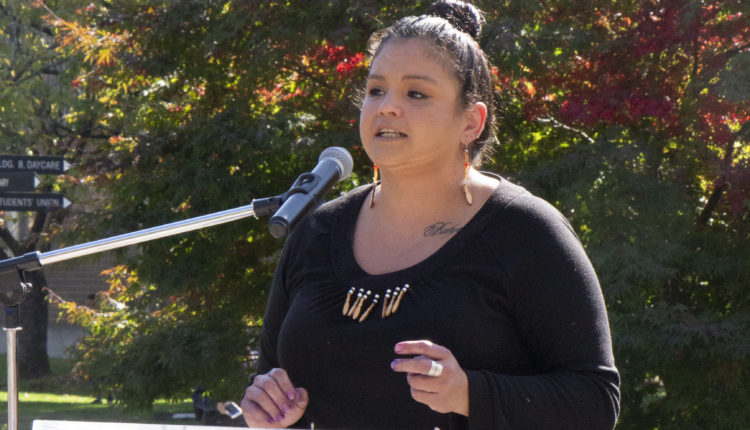 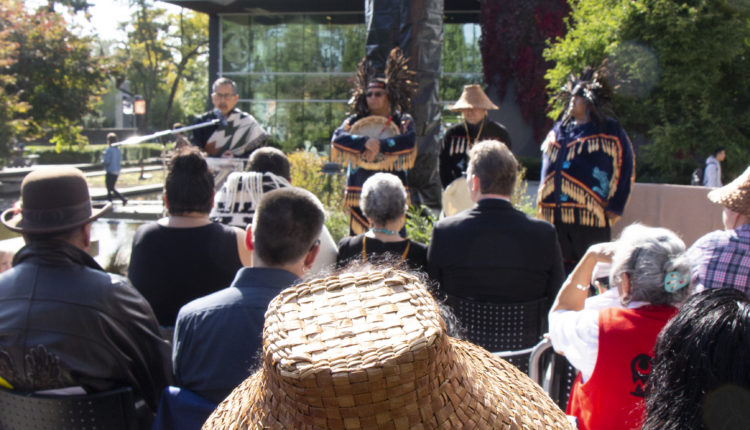 The “Welcome Figure”, moments before being uncovered, at the House Post Raising Ceremony. 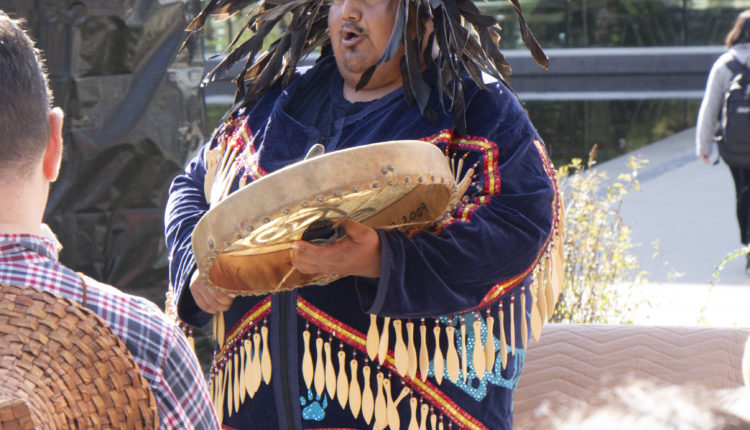 A drummer chanting at the House Post Raising Ceremony at Langara College. 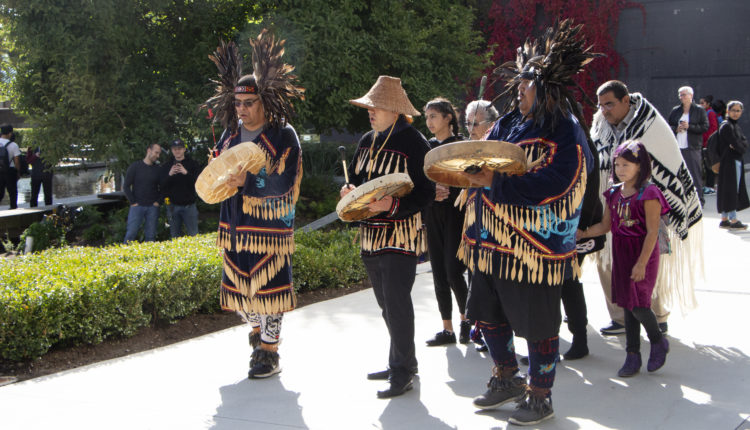 Drummers chant and lead a procession at the House Post Raising Ceremony. 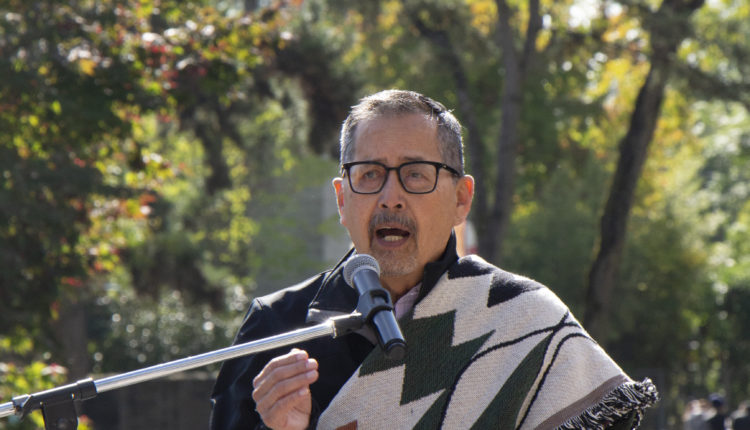