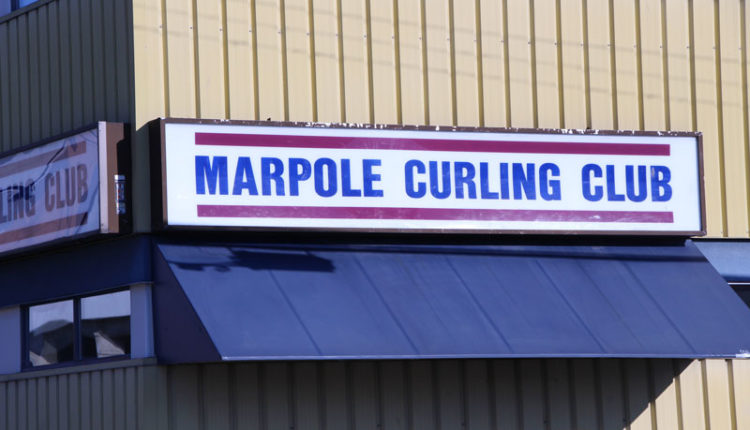 The Marpole Curling Club says that while properly mantained ammonia systems pose little threat to the public, they still intend to replace theirs with Freon. Photo by Danica Walker

The club's older, ammonia-based system will be updated with a new system within the next two years

The Marpole Curling Club is planning to switch their ammonia refrigeration system to a safer Freon system within the next two years due to public safety worries, said their head ice technician.

Concerns about ammonia usage in ice rinks have recently been raised after three people lost their lives at a Fernie ice rink in mid-October, after the highly toxic substance leaked.

Gary Ritchie, the head ice technician at Marpole Curling Club said their current refrigeration system is old and will soon be replaced with one that poses less risk to the public.

“Our plans are to replace our current ammonia plant with a Freon plant,” Ritchie said “It’s, for one thing, less of a potential hazard for the public.”

“Fortunately, the instances of major leaks are very uncommon. I’ve been in the business for 35 years and I’ve had one leak of any size over that timeframe.” Ritchie said. “We know that it’s a dangerous substance so that’s why we have regular maintenance done on the equipment.”

Majid Bahrami who is a professor of the School of Mechatronic System Engineering at SFU said ammonia refrigeration systems are commonly used and have been for decades.

“Generally speaking these ammonia systems are safe and they’re being [used] pretty much all over the world.” Bahrami said.

He said the main difference between the two systems is the input energy, Freon plants use electricity whereas ammonia plants run on thermal energy or heat, often via burning fossil fuels such as natural gas.

A case study by Technical Safety BC claims between 2007 and 2015, 40 incidents resulted in the release of ammonia in B.C. and 10 resulted in injury.

Janice Lee, director of safety oversight at Technical Safety BC said refrigeration plant owners are required to develop a maintenance system and an emergency response plan in case of an ammonia leak.

“All maintenance work should be performed by qualified and trained individuals,” Lee said via email. “In addition, owners must notify the appropriate authorities if an incident occurs.

Number of ammonia leaks in rinks/arenas that caused injuries

Number of ammonia leaks in rinks/arenas that caused injuries
Infogram