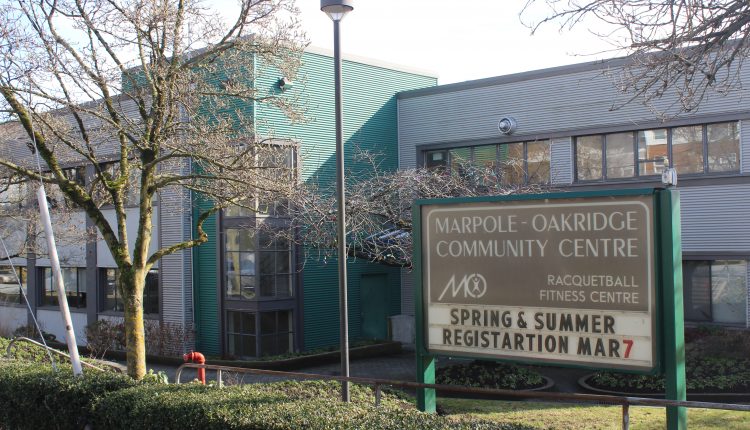 Marpole community centre relocation back on the table

After being told by the city it could stay in its home, Vancouver Park Board’s oldest community centre, the Marpole Oakridge Community Centre, is facing renewal and relocation consultations once again.

The Marpole Oakridge Community Association — which went through more than three years of discussion with the Park Board and former city manager Penny Ballem about the community centre’s location — was told in December that the new city manager wanted to protectively do another location review.

“Obviously, I hit the roof because I thought we dealt with all that,” said Mike Burdick, president of MOCA.

Last June, the Vancouver Park Board voted unanimously to upgrade the centre with new amenities in its current location at W 59th Avenue and Oak Street. But just before the new year, the MOCA was told by NPA Park Board commissioner Sarah Kirby-Yung that the new city manager, Sadhu Johnston, wanted to hold a location consultation.

Burdick met with Johnston in late February to discuss this consultation process and shared research the MOCA had already gathered.

“It’s smack dab in the middle of Marpole, within walking distance of all the densification that’s happening on Granville Street and…on Cambie Street,” Burdick said, defending the centre’s current location. “It’s ridiculous. There is no reason to relocate.”

While the consultation will go ahead, Burdick feels confident the centre will be able to stay where it is. He and Johnston also agreed the process will include research on what amenities MOCC should implement.

For others, the centre’s location isn’t as important as what it offers.

“I’m not attached to the building,” said Vincent Wong, who has been going to the MOCC for over 40 years. “When the building has reached the end of its useful life, the building should be rebuilt.”

Albert Leung, the vice-president of MOCA, believes the location just needs to be in the community’s best interest.

“It is the community’s decision that we really have to respect” Leung said. “That’s all that matters.”

Second honour for senior who gives back