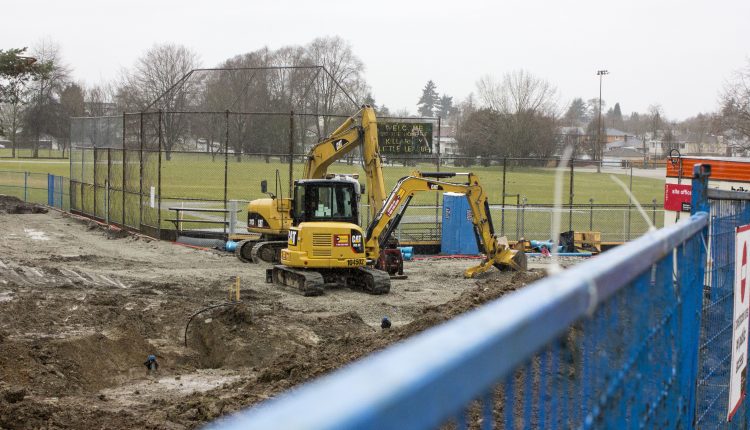 Second honour for senior who gives back

A Vancouver seniors advocate has been honoured with another award, this time from the City of Vancouver, for her vision of bringing a seniors centre to Killarney.

Lorna Gibbs, president of the Southeast Vancouver Seniors’ Arts & Cultural Society was given the 2017 Civic Volunteer Award for her work to provide seniors in southeast Vancouver with an activities centre. After pursuing her vision for over a decade, Gibbs’ project received support from all three levels of government in 2014 and construction on the centre began in January.

“When I retired I realized that [seniors] needed somewhere to go, something to do,” Gibbs said. “I started looking around here and there wasn’t [a seniors centre].”

Killarney seniors hub to be a community hub

Accessible by three major bus routes, the centre at E 49th Avenue and Killarney will offer on-site activities such as exercise and cooking programs and off-site excursions. The centre will also be utilized by other senior societies in the area, such as the South Vancouver Neighbourhood House Seniors Hub.

The two story, 10,000 square-foot complex will encompass a dividable room for dining and meetings, on the first floor. The second floor will have additional meeting rooms a lounge and a deck.

Construction is on schedule for the centre to open in spring 2018, and will support the growing demographic of seniors in the area through community-based programs.

Details still to be worked out on centre management

Michelle Stebnicki, the adults and seniors programmer for the Killarney Community Centre, said decisions are still being made for who will manage the new facility.

“We’re not at the point right now where were able to figure out who’s going to be running the community centre,” Stebnicki said, adding that all the key organizations involved “are going to work together in order to make it as accessible as possible and bring the best opportunities to seniors in the neighbourhood.”

Marpole community centre relocation back on the table