Finding legitimate platforms for graffiti artists to display their work, and to be represented in their communities

A man, who goes by the artist’s name Def3, has been doing graffiti-style murals in Vancouver for the past 17 years. He said the reputation given to graffiti artists is an unfair depiction.

“There is kind of an archaic way of thinking about graffiti where people thought lettering and things like that [were] gang-related,” Def3 said.

The frustration and the divide between mural and graffiti artists comes from graffiti artists feeling left behind by the people in charge of commissioning the public workspaces to paint in events like the Vancouver Mural Festival.

The festival commissions both mural and graffiti-style art.

“There are often people who do mural fests, and they don’t include any of the street artists,” Def3 said.

The Vancouver Mural Festival does commission both mural artists and graffiti artists. However, a lot of new artists that have never painted a mural get hired over experienced graffiti artists, Def3 said. This is a part of the conflict between the two communities, he said.

“Same thing with city funded projects. Often the true graffiti artists are left out of the equation,” Def3 said.

“The beauty of graffiti art is that it’s just out there and can range from trains where it started in subways in New York,” Def3 said.

When Dulux Paints was approached to donate paint and their store wall by the Vancouver Mural Festival, they saw it as a chance to bridge the divide between mural artists and graffiti artists.

‘So, it really was a perfect fit.’

Colleen Crawford, store group manager for Dulux Paints at 2630 Main St. in Vancouver, said graffiti is challenging because the City of Vancouver penalizes business owners and artists for illegal graffiti.

Illegal graffiti is any letter, symbol, or unauthorized art not sanctioned by the property owner.

“So, it really was a perfect fit,” said Crawford. “Not only could we supply and support the project, but we could also be a beneficiary of it.”

Crawford said she wishes there was a better avenue for graffiti that wouldn’t be disruptive to business property.

“It’s an indication of frustration and people are really just trying to express themselves,” said Crawford about the excessive tagging of graffiti vandalism on the garbage bins outside of her business.

Dulux Paints donated its store wall and supplied paint to both mural and graffiti artists. In 2020 the festival created 60 new murals across the city and hosted online art shows.

Nick Collinet, project manager of the Vancouver Mural Festival, said graffiti has a purpose in the community. The roots of graffiti in public art have been an important part of taking back public space and telling influential stories.

“We’re just going to keep painting to brighten up our neighbourhood,” said Collinet. The festival commissions both mural and graffiti-style art.

Jennifer Clark, a Vancouver-based mural artist, said the festival is a chance to showcase her work.

“It’s an honour and a dream to have one of your pieces be up within a space in your community because it gives you a voice.” Graffiti painted on a parking lot wall for the Vancouver Mural Festival in Vancouver, BC, March 27, 2021. Photo: Tessa Bartholomeusz 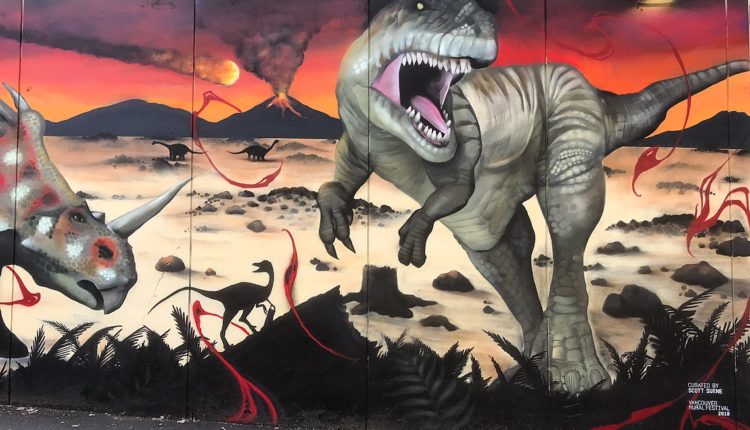 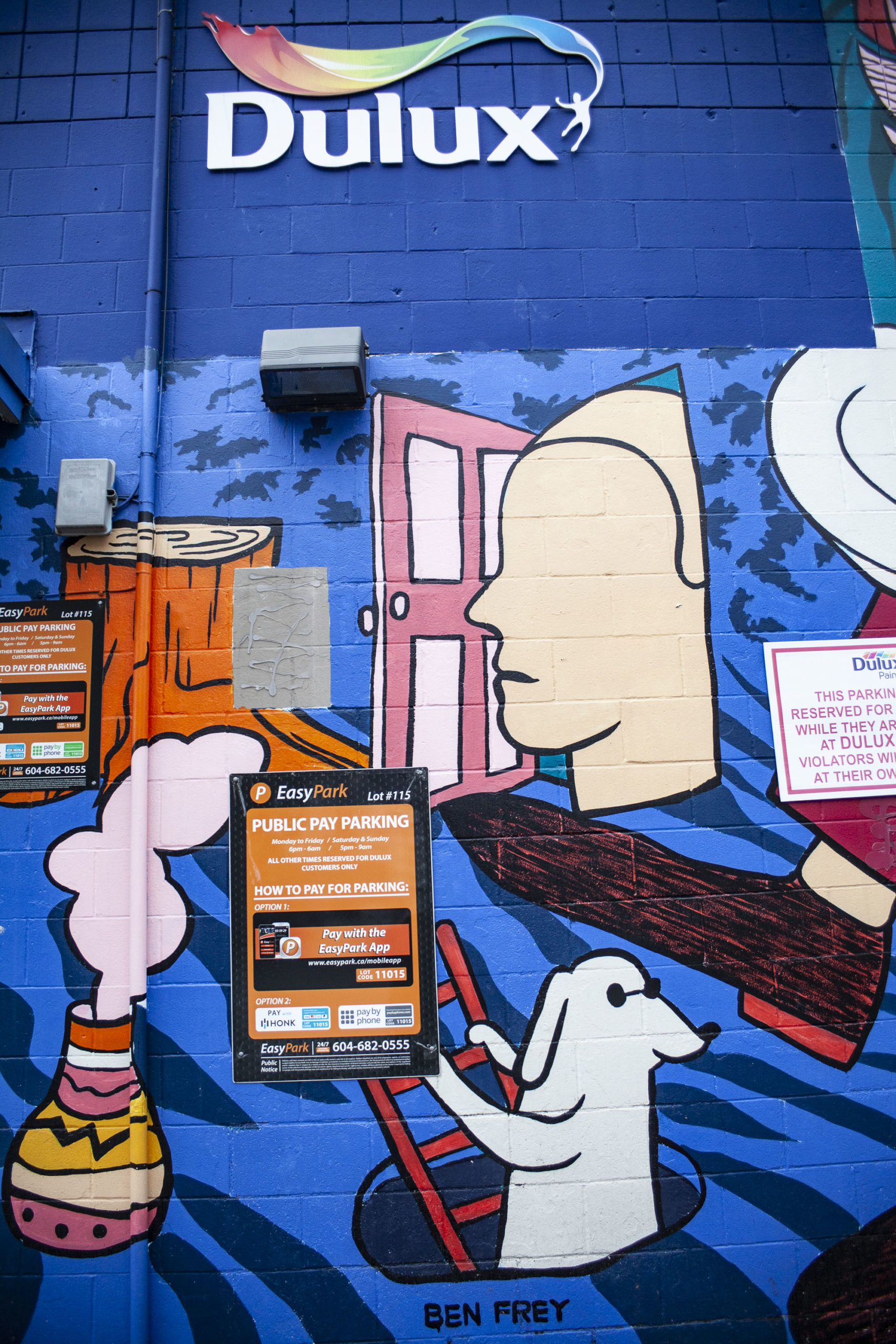 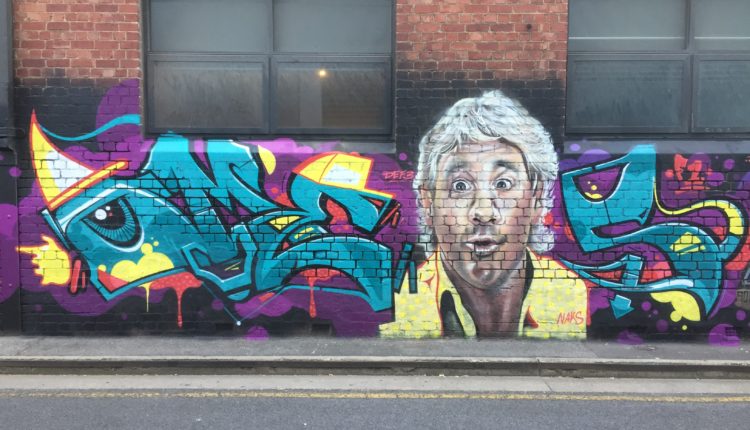