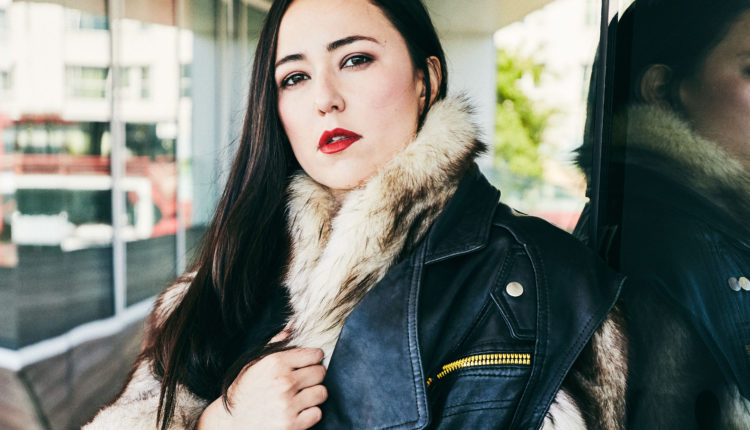 Forging a new path in the world of fashion

Indigenous artist and model talks about her bumpy road to success

A local Indigenous artist said she believes in creating a difference in the lives of those looking for an identity.

“I think getting Indigenous people in mainstream media, so people feel comfortable about who they are,” Mitton said.

Getting started in life

Mitton said her upbringing was very different, being surrounded by people from all walks of life. She was exposed to party culture at a young age. “I lived in a house with a lot of people, it was near Granville Island. We had people from every nationality, it was simply like the party house,” Mitton said.

“It was a good time, and it made me appreciate the gathering,” she added. However, Mitton said it also made her feel isolated and lonely.

“It was a pretty cool time but probably not the best place to raise the kids,” Mitton said. “Everyone was kind of passed out, and little me running around making sure everyone is breathing because they partied so hard.”

“My childhood wasn’t the best. My mum was a teenage mother, a lot of my time I grew up spending with my grandmother, she took the duties of raising me until she passed away,” she added.

Growing up, Mitton’s interest in fashion was sparked by her love of drawing. As she had plenty of time to herself when her mother was busy, her hobby started to grow.

“When the adults were partying, nobody really paid attention to me so I kind of grew in my own thing,” Mitton said. “I kind of created my own world.”

Mitton is the founder of the Vancouver Indigenous Fashion Week, which launched for the first time in 2017 to promote Indigenous fashion and culture.

“I’ve never seen any Indigenous person or someone on any commercial or any kind of product,” Mitton said.

“It’s really fun to me to watch,” said Mitton, talking about seeing the models enjoy themselves. “And I guess that’s just the goal of [Indigenous Fashion Week].”

Pam Baker, an artist who worked along with Mitton in the Indigenous Fashion Week, said Mitton has made efforts to uplift young girls, and speaks highly of her dedication. “I have enjoyed watching her grow, her interest in working with young girls.”

“Every time I have contacted her for a fashion show, or coordinating work she has always said yes,” Baker said.

Mitton said that in her community, she’s seen Indigenous people feel a stronger sense of belonging and identity. “They are now feeling comfortable after the work I have been doing in the last eight years,” she said.

In addition to her work as a fashion designer, Mitton additionally works with the Urban Butterflies day camp for Indigenous children, as well as manages an Indigenous women’s basketball team.

“They are feeling proud, figuring out more about their roots and who they are,” she added.

Okalani Leblanc, a fashion designer and model who’s worked with Mitton for six years, said Mitton has a unique ability to keep herself grounded and remember her audience in the world of fashion design.

“She’s awesome,” Leblanc said. “I think she’s a good person with a good heart that doesn’t get lost in whatever she’s doing. She keeps that at the core.”

“[For Mitton], it’s not just about clothes and fashion, it’s about community and awareness.”

Bus drivers not wearing uniforms as form of protest