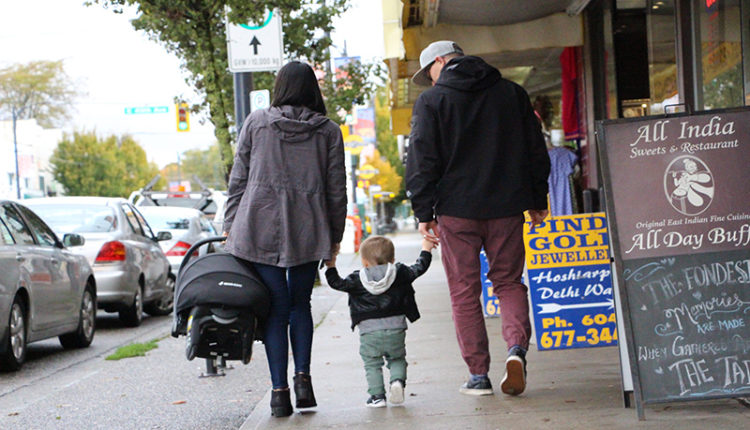 Family plans to visit every restaurant on Main Street

Main Street is home to many diverse restaurants and one family plans on visiting all of them.

Kyle and Samantha Enns, along with their two sons Nixon and Vanek, have started a new segment on their blog titled ‘Main Street Eats’. Their plan is to eat at every non-chain restaurant located on Main St., starting from the south-end and looping back on the other side. Each restaurant will be given a score out of five with respect to the following criteria: food, service, décor and value.

An ambitious endeavour to say the least

Their estimates show roughly 100 restaurants in total and they believe it’ll take about two years.

The idea came one afternoon when the Langley couple noticed how many different food spots there were while walking down Main Street.

“We get a lot of feedback from Reddit,” said Samantha. On its first day, the first post garnered over 1,000 clicks.

The project also forces the couple out of their comfort zone. “It’s super easy to judge a place by the outside,” said Kyle. “Whereas this way we’re forcing ourselves to go in no matter what it looks like.”

The couple doesn’t inform the restaurants about what they’re doing, nor do they check reviews in order to keep the project authentic. “We don’t want any special treatment,” said Kyle.

Something the Enns have considered is that some restaurants may be gone by the time they finish.

Helen’s Grill has been on Main St. since 1961 and server Rebecca Ha believes their old-school vibe has helped it to survive.

Check out adventureneverenns.com to follow along with the Enns’s food journey.