By Nicolette Colosimo and Hollie McGowan

The policing agency enforcing B.C.’s cannabis law is cracking down on illegal dispensaries in the Downtown Eastside leaving users without a safe, affordable supply.

Local cannabis activist Erica Masuskapoe says she’s been forced to buy her cannabis in dangerous situations after the closure of her regular dispensary Blue Door, located at 151 East Hastings.

“For someone that is identifiably a trans woman or just a woman in general interaction with dealers….It puts me into a place of at risk at times,” Masuskapoe said.

Not only does purchasing cannabis on the streets present possible risks for women specifically in the Downtown Eastside, Masuskapoe says those looking to use marijiuana alternatively to harmful drugs are met with temptations to buy them.

Unlicensed dispensaries such as the Blue Door and Farm Cannabis only sold cannabis on their premises, reducing the allure to buy other drugs.

“Now if you go to the Downtown Eastside looking for some grams, you’re going to be provided the option between the fentanyl life and that drug that you’re looking for,” said Masuskapoe.

“When it’s closed there is a person outside there saying, ‘Hey, would you like marijuana?’. But it’s also coming with the attachment, ‘How about side? How about down?.’ And those keywords are for those other drugs.” 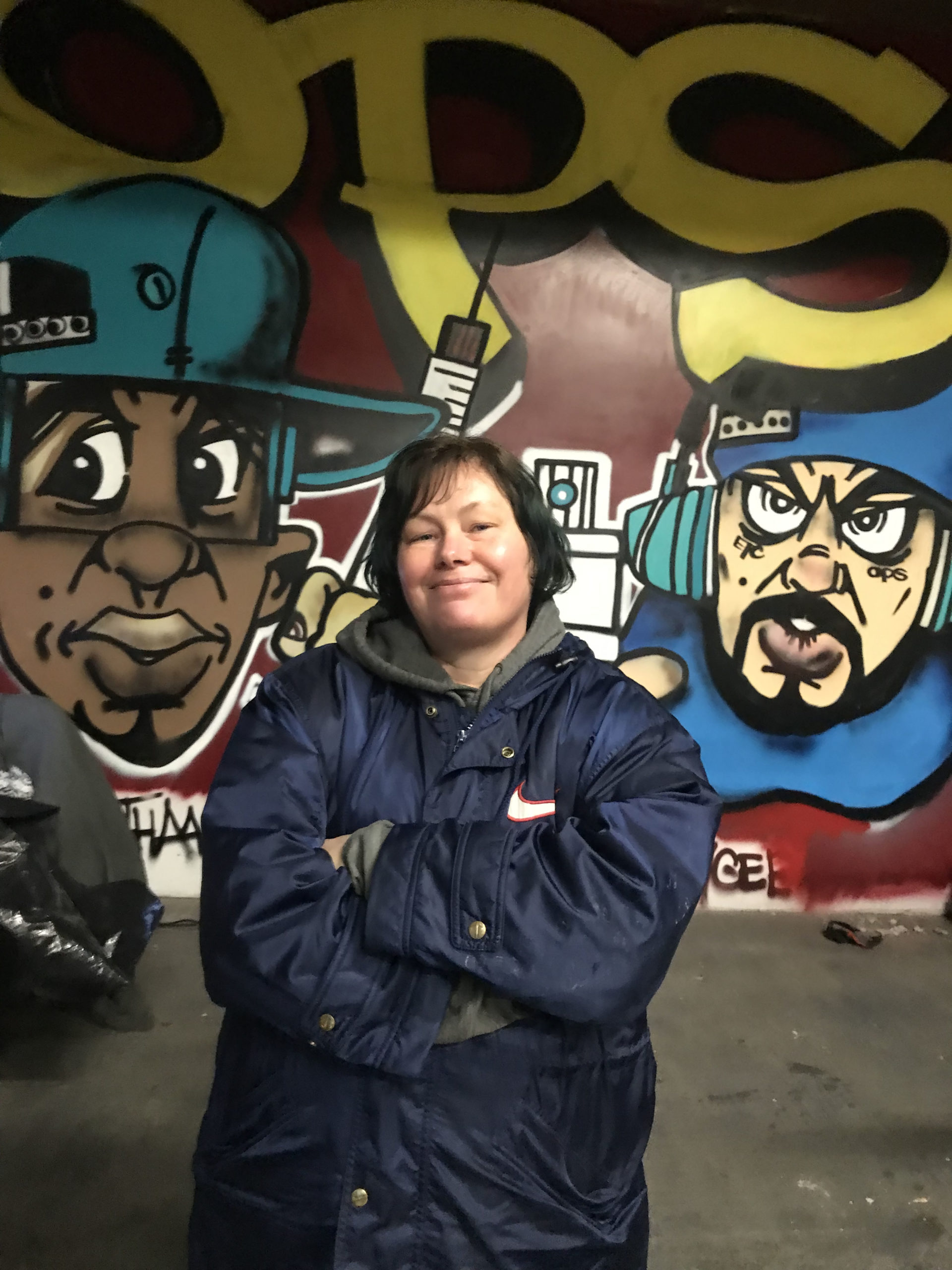 Sarah Blyth, founder of Overdose Prevention Society, said Blue Door has been operating for 20 years and the owners are professionals from the community, so they know how to best serve the needs of people from this neighborhood.

Blyth said the Blue Door owners have done everything in their power to become a legal dispensary, and they were on the brink of licensing before the raid and subsequent closure, getting approval from city council and applying to meet all the standards.

The government should have given Blue Door more leeway and assistance in making the dispensary a legitimate operation, she said.

“One of the hidden consequences that people don’t know is that there’s a lot of drug users on the block,” Blyth said. “Once you shut something like that down, there becomes some tension around who’s going to provide cannabis to all the people.”

Blyth said she recently opened an overdose prevention site next to Blue Door, so she can see firsthand the outcome of shutting down the cannabis dispensary.

She said people from the neighbourhood are desperately banging on the doors and with nowhere else to go, they end up buying drugs on the street.

“It’s actually quite a dangerous situation for seniors and people who are used to using cannabis to fall asleep,” Blyth said. “Now there’s no real alternative, so they take what they can get, which obviously, right now, with all the people overdosing is a terrible situation.”

Blyth said if there’s people outside the dispensary offering other drugs, people might take a Dilaudid, Xanax, or fentanyl just to get to sleep.

Neil Magnuson, founder of the unlicensed Cannabis Substitution Project, says that members of the Downtown Eastside are suffering greatly since the police agency known as the Community Safety Unit began conducting raids on underground dispensaries.

“The neighborhood is in such distressing chaos because of it,” said Magnuson. “So many people are suffering and looking. We’ve had so many more people come to see us in the RV that didn’t know we were here.”

Magnuson says with the dispensaries shut down, users have no alternatives but to turn to other substances that are even more harmful. Through his RV stationed down at Main and Cordova, he’s dispensed millions of milligrams of high dose edibles to people who have come in need of alternatives to opioids to deal with physical pain, insomnia, and withdrawal symptoms.

“There’s a whole lot of people now that were using the Blue Door to help themselves, in many cases to try to offset the use of opioids and other drugs,” Magnuson said. “And they now are stuck and they’re searching and they don’t know what to do.”

Masuskapoe says that alternatively to other substances out there both on the streets and in nightlife scenes, cannabis is relatively safe, even within the grey market.

“There are no other drugs right now that are clean,” said Masuskapoe. “Cannabis, it seems to be, is the only gray market drug that’s available, that’s still somewhat demonized, and yet you can still go out and get a clean supply. There are people that are so passionate about giving us a reasonable quality for it.” 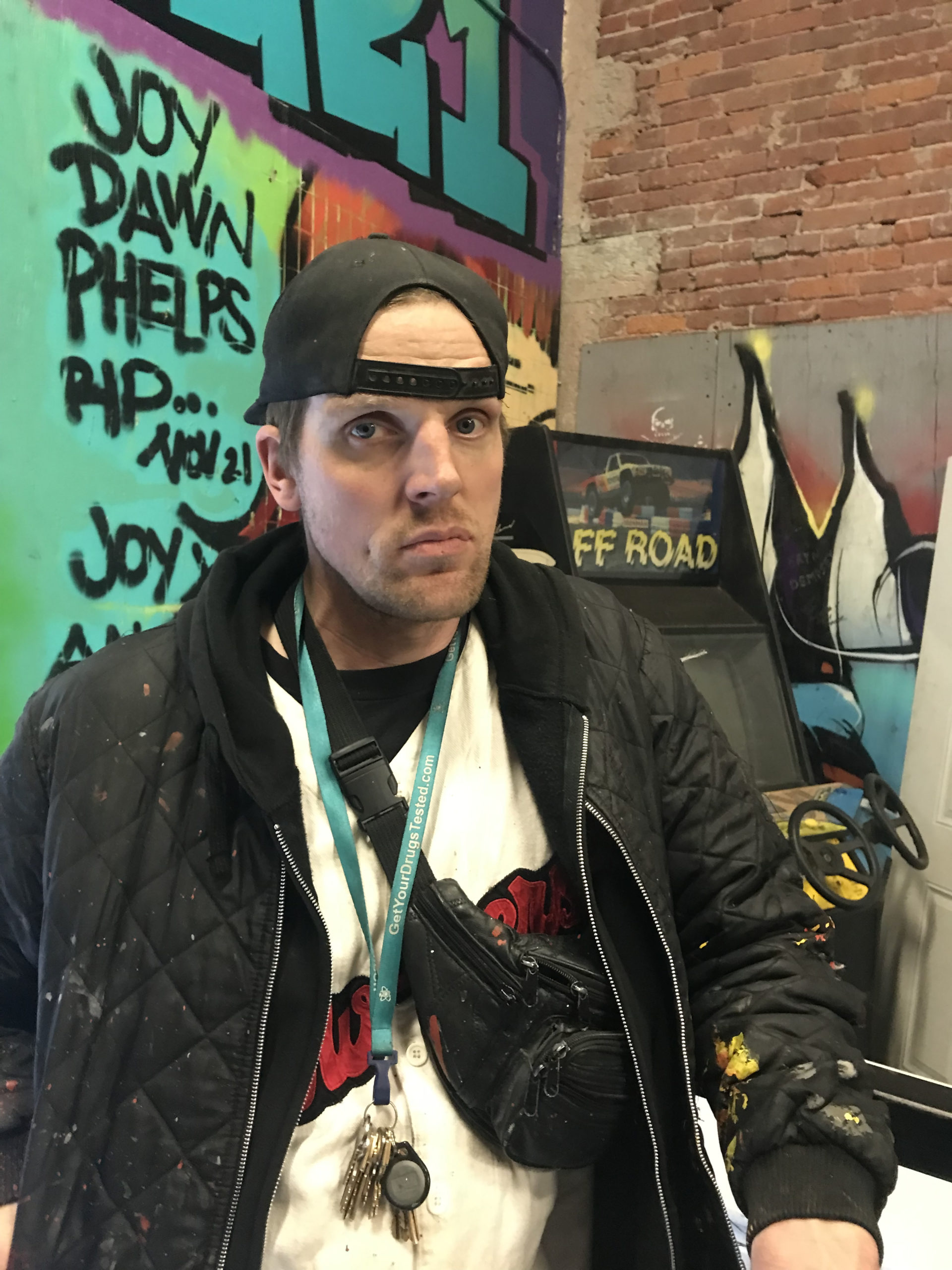 Trey Helten, manager at Overdose Prevention Society, said Blue Door was the only affordable dispensary in the downtown eastside so shutting it down leaves the community in a vulnerable position.

“People who are on disability and income assistance can’t afford cannabis anywhere else,” he said. “There are people with mobility issues, who can’t go to other places. They can’t travel more than two or three blocks, so they are trapped in this neighborhood.”

Blyth said it’s hard to get the government agencies to come to the downtown eastside, so they can gain a better understanding of the functionality and essentiality of Blue Door in the community.

“I understand that they want to crack down on some of the illegal dispensaries, but Blue Door is an extension of safe supply and harm reduction,” Blyth said.

“Cracking down on them is not going to make people in this neighbourhood go to a legal dispensary, because they can’t afford it. So, it’s a senseless target.”

Before it’s closure, the Blue Door was operated by BC Compassion Club Society, which provides safe access to medicinal, or medical marijuana when there is no government-sanctioned program.

“If someone really didn’t have any money, and they knew them, they would help them out,” Blyth said. “And you’re not going to get too much of that with other dispensaries, that’s where the compassionate club comes in and makes an impact.”

Compassion in the DTES

Helten said the closure of Blue Door is a huge loss to the neighbourhood since the owners went above and beyond in regards to giving back to the community.

“They have helped people who are on disability with extra income, They’ve also had a toy drive on Christmas to provide toys for downtrodden families within the neighborhood,” Helten said. “And they have provided fight training for women to learn how to protect themselves from stranger attacks.”

Public Safety Minister Mike Farnworth said that the CSU was simply acting to enforce the law.

“The reality is that the law was really clear,” said Farnworth. “And what we’re seeing now is that and we’ve worked with the federal government and Health Canada in terms of being able to recognize that there are, you know, I know there’s the Compassion Club but the reality is that it’s the law.” 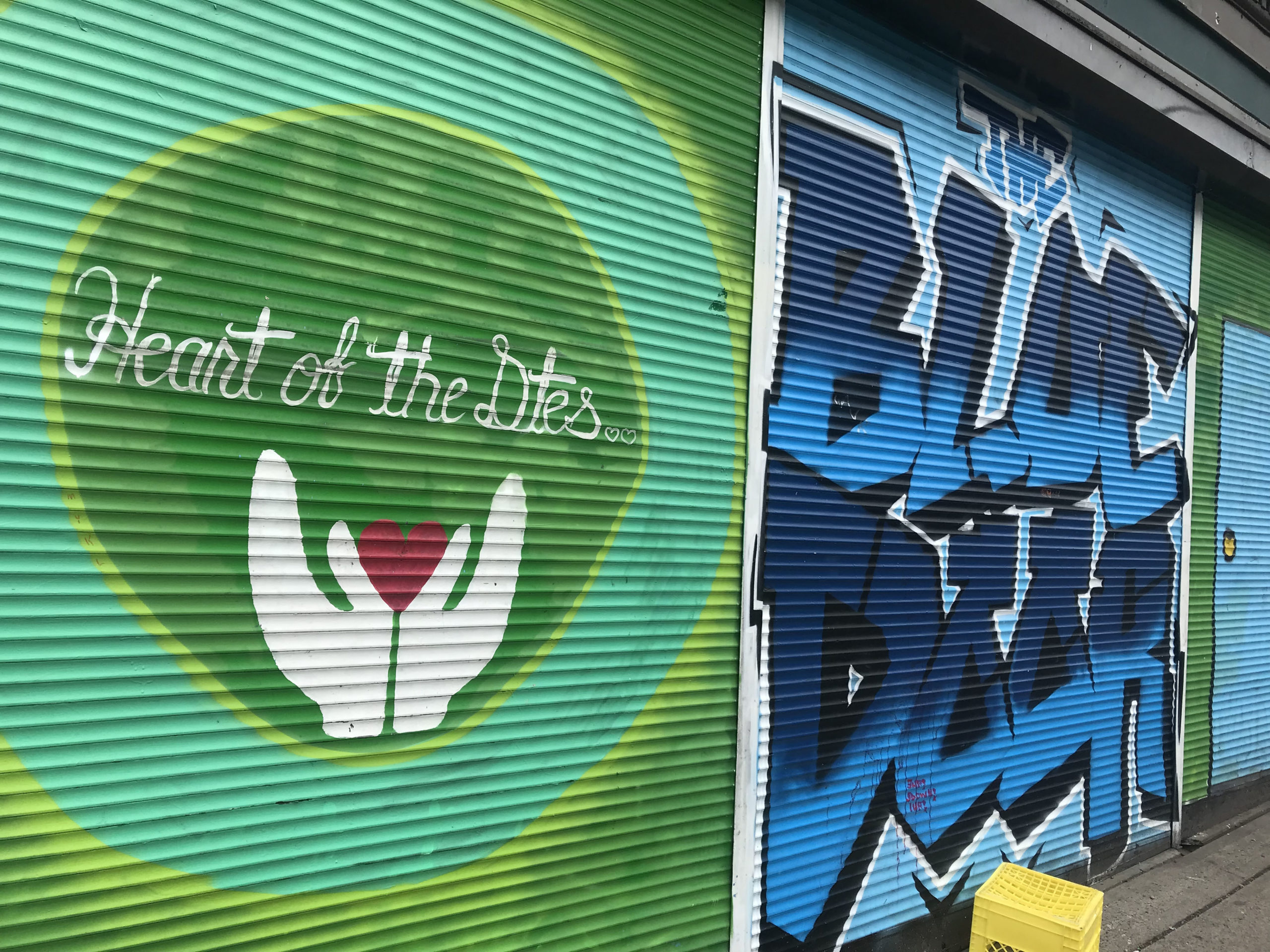