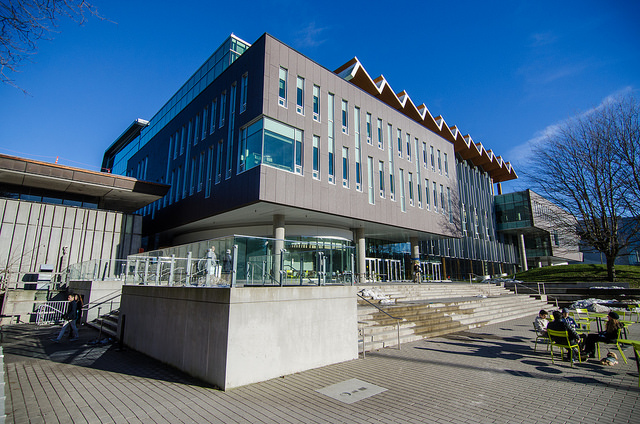 Boycott, divest and sanctions policies on the table for student vote

The Israeli-Palestinian conflict continues to be a flashpoint at the University of British Columbia, and now the B.C. Supreme Court is involved.

UBC student Logan Presch has launched an injunction before the supreme court against the UBC Alma Mater Society, in an attempt to block a referendum slated for April 3. The referendum proposes boycott, divest and sanctions policies, or “BDS policies,” against AMS holdings in the state of Israel.

The referendum asks if students “support the [Alma Mater Society] in boycotting products and divesting from companies that support Israeli war crimes, illegal occupation, and the oppression of Palestinians.”

Lawyers for Presch said that the referendum goes against the student society’s bylaws and divides its members because the question cannot be answered with a simple yes or no.

Presch’s argument is that the lack of nuance in the referendum’s question led to anti-Semitic graffiti on posters during an identical referendum at UBC in 2015, causing some Jewish students to feel threatened for their safety.

Ali Ben, spokesman for Solidarity for Palestinian Human Rights UBC, said the group put forward the referendum to raise awareness of the plight of Israel’s Palestinian population. According to a report by Human Rights Watch, the 2014 war between Hamas and Israel killed 2,100 Palestinians, 1,500 of whom were civilians.

Normally, BDS movements ask that direct investments in Israel’s occupied territories be dropped, but since the Alma Mater Society has no such investments, the goal of this referendum is less concrete.

“At this point, the outcome of the referendum is mostly symbolic. It’s not binding,” Ben said. “That’s one of the reasons why we don’t have a list of the companies the AMS has to boycott.”

Rabbi Philip Bregman, executive director of Hillel BC, said the referendum may be symbolic, but the BDS movement creates a toxic atmosphere.

“It’s not an economic movement,” Bregman said. “It is to simply promote an anti-Israel point of view.”

Mental health on a diverse campus comes with challenges