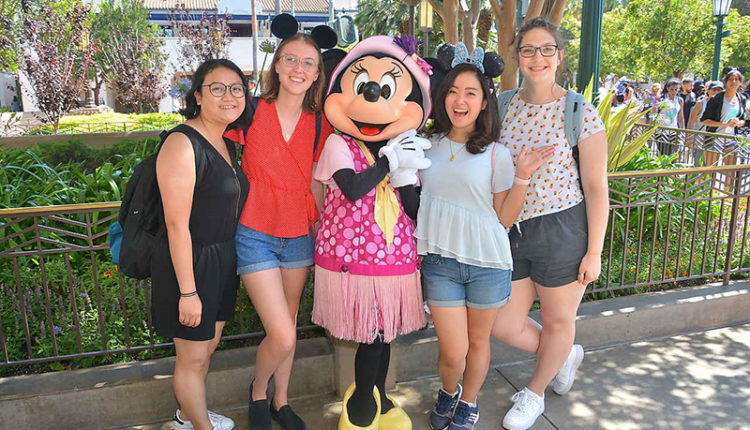 The college's Disney field school is currently accepting applications for 2019

Since 2011 Langara College has offered its students the unique opportunity to work and study for six months at Walt Disney World, Florida.

Sean Padley, a co-op instructor at Langara, said an ideal candidate is someone who loves Disney, is pursuing a career in business or marketing, and wants some worldly experience.

“Disney partners with institutions around the world,” Padley said, “A student can be housed with someone from the Netherlands, Japan [or] Malaysia. They come back having made world friends they keep in contact with.”

Successful applicants are still considered students and are expected to attend classes while working full-time hours.

Despite the demanding schedule, graduates have said they would do it again if they could.

Cost a concern for some

Outside of the experience the cost of the program may be a concern, since its estimated cost is roughly $12,000 US. While there, students are paid minimum wage and the expected earnings while at Disney World are $9,000 US.

The program cost was a concern for Meghan Ford, a prospective applicant who had been accepted last year but couldn’t afford the associated fees. Ford has since reapplied for 2019. She said ultimately the experience is far more significant to her than the cost. “They’re so good at bringing guests in and making them feel like they’re having a good time. I’ve always been curious to know how they influence their customers,” Ford said.

Except for the start date and end date, there haven’t been any other significant changes to the program. In 2011, the co-op began in January and ended in July. Now the program begins in June and ends in December. This change was made to better align with other partnered schools.

Michael Hoang a participant in the 2016 program, said it opened doors that may have been otherwise closed to him. “Disney is world-renowned. When I mention that I used to work at Disney World, you can see employers eyes light right up,” Hoang said.