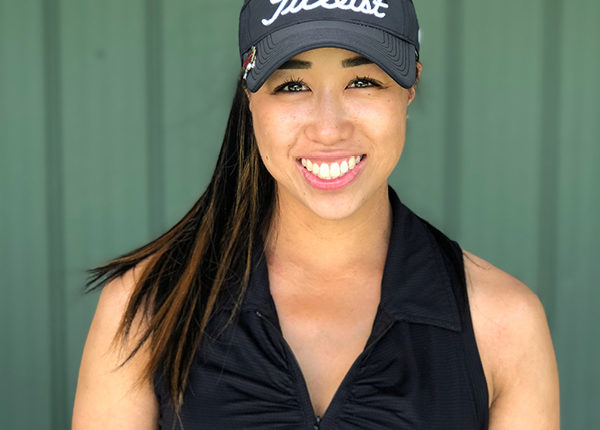 Wong didn't expect her first coaching gig to be with a men's team, but is excited about the opportunity.

In a Langara first, the men’s golf team has brought in female golf pro Christine Wong as its new head coach.

Knowing how relationships are built in a team is paramount to being a good coach, whether you’re a man or a woman, Wong said.

Wong said having a strong bond with your coach and being able to talk about anything is really important to having a great connection.

She credits her coach and mentor at San Diego State University, Leslie Spalding, with teaching her that being able to communicate with players about anything is vital to having a cohesive team.

In an interview with Spalding she said Langara is very lucky to have Wong because of her great attitude for the sport and for players.

“She’s also very focused when she needs to be, has a great mental golf game and has a natural gift. And that will transfer to her being a great coach,” she said.

Wong named Women’s Player of the year in 2010

Wong who won two BC Women’s Amateur Championships and was named Pacific Northwest Golf Association Women’s Player of the year in 2010 said she recognizes what her new role means in a game typically dominated by men.

“It’s a cool opportunity. It’s exciting. I didn’t expect my first team to be a men’s team” said Wong, “But I always knew I wanted to be a coach. My parents are so proud.”

Jacob Vanderpas, named Men’s Player of the Year in the PACWEST in 2016 and who plays on the Langara golf team, said he doesn’t see gender as relevant to the game.

“Christine is quite accomplished and quite capable of handling the evaluation process of each player and goals for improvement,” Vanderpas said.

Vanderpas said he is excited to see where the team goes with Wong’s direction.

Langara Athletic Director Jake McCallum said he wanted to make sure he hired an energetic and passionate coach. McCallum added that Wong has various connections to the smaller female golf world through competing and teaching and his goal is to have an all-female team by next year.

Studio 58: Students share high school stories in ‘I Know What I Saw’