Celebrating 150 years through the evolution of fashion throughout history

SMOC raises money for a permanent home by showcasing

With a little fashion and a whole lot of glamour Ivan Sayers brought history back to life on Sunday.

Sayers, a fashion historian and collector with Society for the Museum of Original Costume, hosted 150 Years of Glamour, a show examining how Canadian fashion has changed over the last 150 years.

The event, which took place at the Annex, a civic theatre downtown was the final show of the year. The society is raising money for a permanent museum to display its costumes which will include Sayers personal collection. Most outfits that were showcased came from Sayers.

“I have a very large collection of clothing and eventually there has to be a place for it to go or it’ll have to be broken up and I’d rather not see that happen,” Sayers said.

Lyne Talbot, who works with costumes in the film industry, arrived with a black purse studded with long metallic spikes. She said she has been coming for the last few years and is a big fan of pieces from the 1920s.

“I just want to wear everything,” Talbot said. “It’s important to see those pieces from other eras as well. It’s really inspirational.”

The event showcased 17 costumes spanning from the 1860’s to 1990’s. As each model came onstage, Sayers would tell the audience a story about the piece and its historical significance.

Christine Lusk, a member of the society for just over a year, came with her daughter to hear Sayers share these stories.

“We keep coming back just for the historical perspective, his storytelling behind the fashion or the clothes,” Lusk said. “the huge amount of knowledge he has, it’s just amazing.”

Sayers said he sometimes prefers to call these shows illustrative lectures, and hopes a museum will be more accessible to the public and provide inspiration to fashion design students. 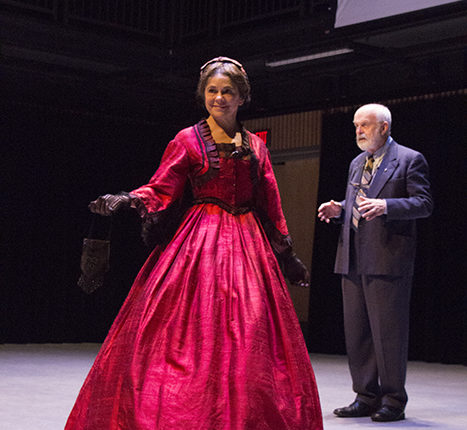 A gown made in 1860, that was designed for walking although the arms are quite hard to move in 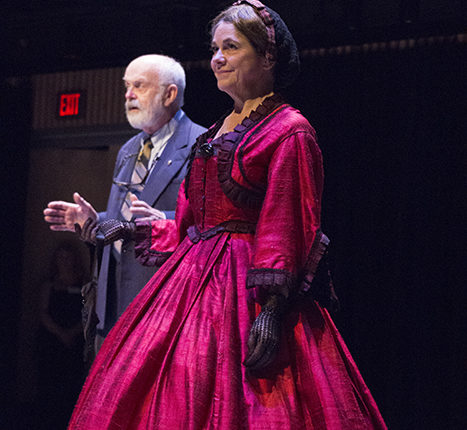 Sayer shows off the first look of the show 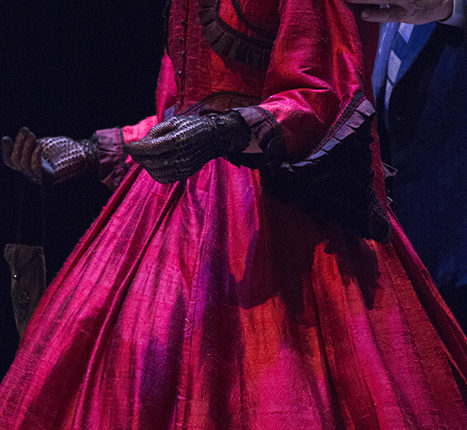 A close up of the stiff sleeves 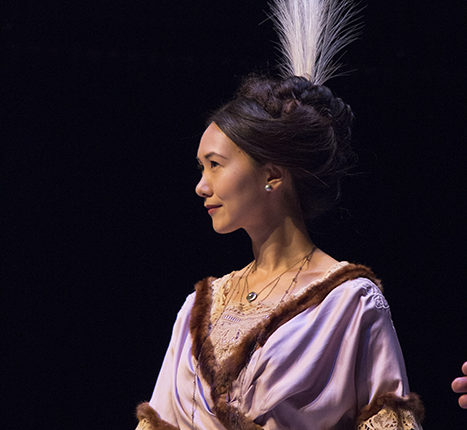 The model wears a gown that has been preserved since 1910, Sayers describes the asymmetrical dress as barbaric because of its fur lining 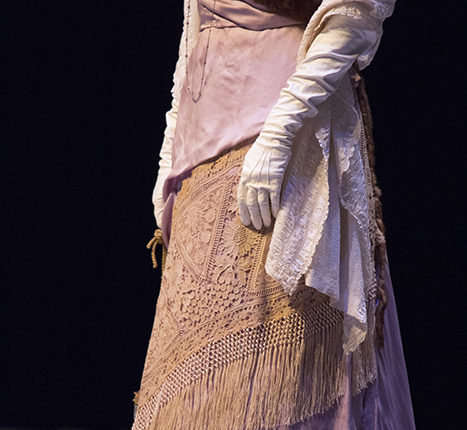 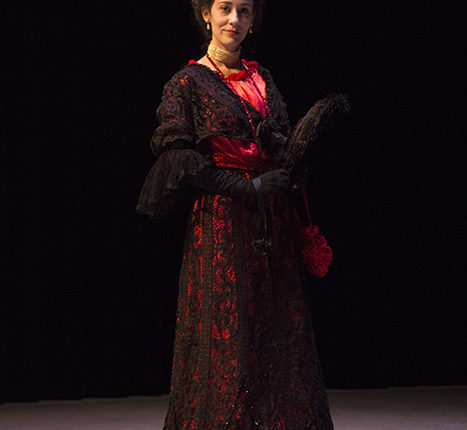 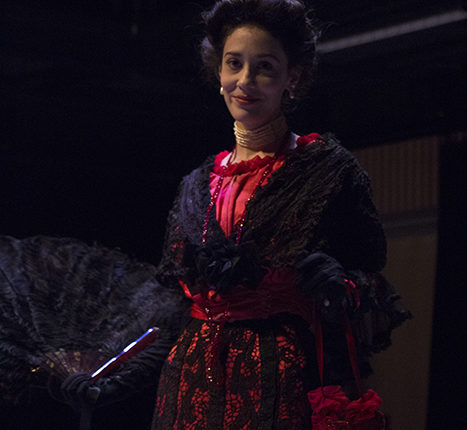 A close up of the meticulous detail of her outfit 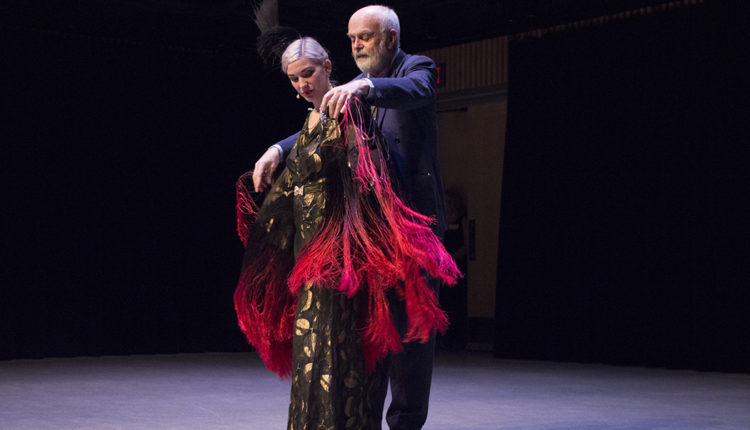 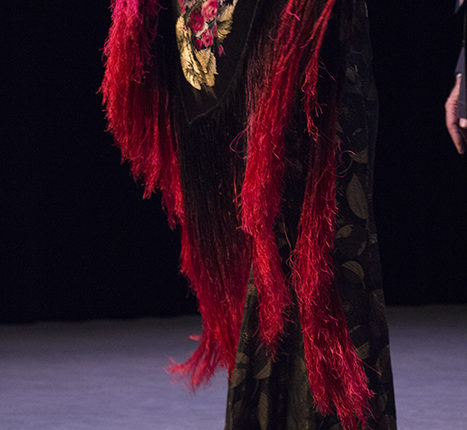 Close up of the craftsmanship of her shawl 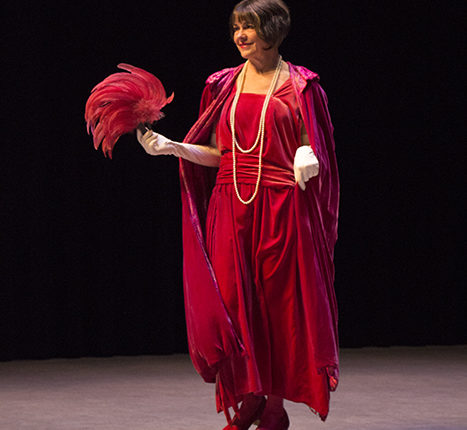 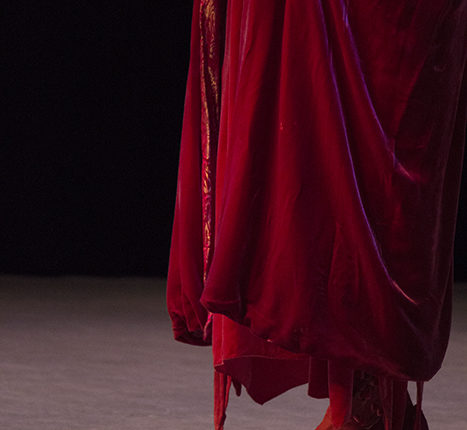 Bold all the way to the tights 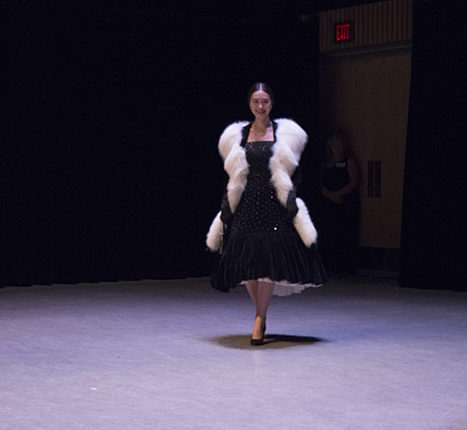 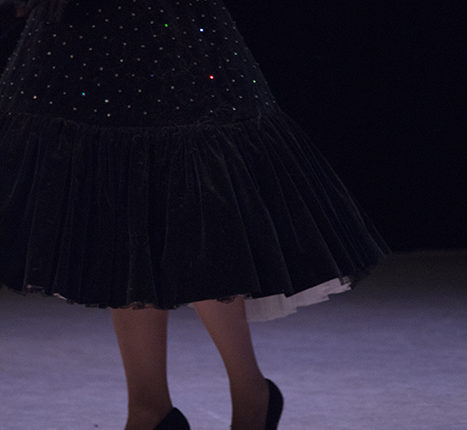 Close up of the crystal embelishments 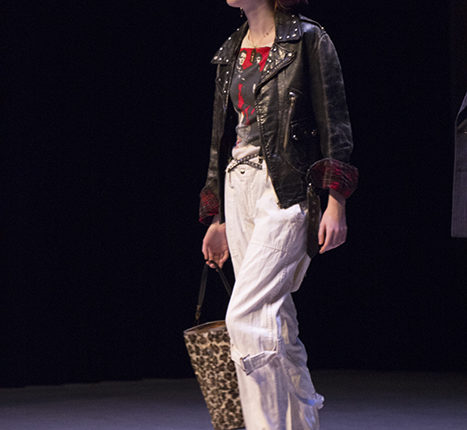 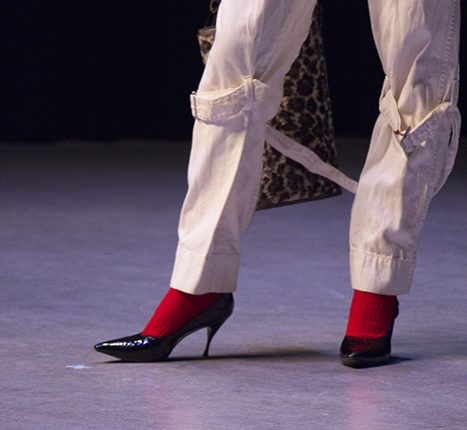