Video: A new bicycle pathway in Kelowna protects riders from danger of Highway 97

The old unused railway has been transformed into a bicycle pathway

Kelowna is a city built on a valley (the Okanagan valley to be exact) and is enclosed by rocky hills. The shape of the city is limited by the hills in such a way that some neighbourhoods are narrow around busy Highway 97, which usually splits the city in two areas. During rush hours, cyclists and pedestrians have been victims of fatal accidents along this highway.

Fortunately, Kelowna has built a new pathway between UBCO Campus and Downtown Kelowna. The new cyclist pathway is built overtop the defunkt railway between Kelowna and Vancouver. The video shows how cyclists, families with children, joggers and walkers use the new path safely every day, joyfully.

In this video watch Kelowna residents enjoy the bike path and speak on its history. 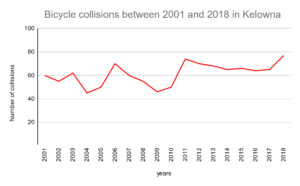 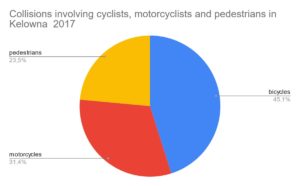 Behind the story – COVID-19 has changed how news is produced