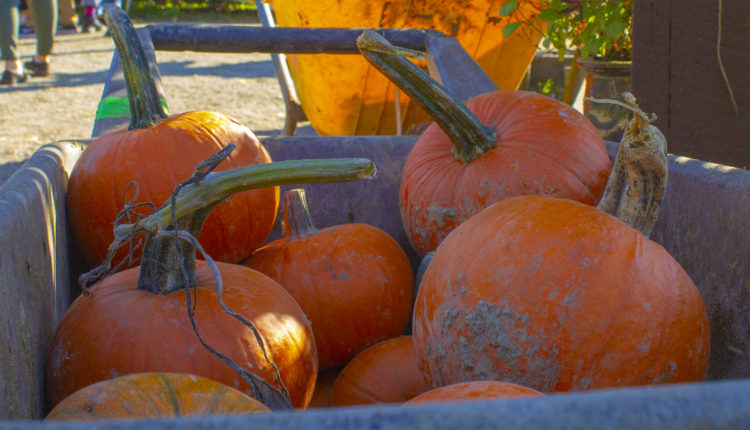 Southlands Heritage Farm, located in South Vancouver, sells only what the farm is able to produce. Each weekend, the farm holds a modest market, where Vancouverites can shop from a weekly selection of produce, eggs, and baked goods.

Southlands’ owner, Jennifer Maynard, grows the food on her property and brings it to the market. She encourages people to think about their choices and be aware of their food sources.

“There’s zero carbon footprint because I just walk over with food. We don’t sell anything here that we haven’t grown ourselves,” said Maynard.

“It’s very small scale, but it’s an example. We try to encourage people to think what they’re doing.”

Passion for the subject is a requisite for staff at Southlands. According to Maynard, each employee is trained in some facet of farming or animal care, and can educate guests during their visit.

“They’re real educators and they know how to do it,” Maynard said of her staff.

“I could walk around telling everyone how to do everything, but I’m not a teacher.”

Hannah Whittman, academic director of UBC’s Centre for Sustainable Food Systems, believes maintaining a working relationship between urban and rural communities is important because only two per cent of Canadians grow food for consumption on a national level.

People living in cities are primarily consumers in the food system, contributing to a lack of understanding about sustainable farming.

“[Not just] to minimize the environmental impact of farming, but also to promote food systems that are socially just,” Whittman said.

According to Whittman, urban consumers can contribute by supporting regulations to support sustainable practices for farmers.

Educating younger generations about sustainable farming is an important aspect of Southlands. Their mission statement is simple: to grow, educate and protect. Growing food consciously for the public and educating a younger generation through available programs can teach responsibility and practical skills.

Protection and preservation of the land is another ongoing priority at Southlands. Without sustainable farms, staff say, there is no future for locally grown food and a higher risk of contributing to climate change.

One visitor came for the pumpkins, but isn’t able to participate in Southland’s programs despite her interest.

“I have nothing to farm,” Jewel Ocampo said.

“If I had a garden, probably.”

Ocampo is currently renting in Vancouver and doesn’t have the space, a common scenario in the city.

Urban farming is not a viable option for Vancouver since it is not effective for feeding a large number of people. It does, however, function as an informative tool for food systems, Whittman said, by teaching people the difficulties of growing food.

According to Maynard, urbanites can contribute to sustainable practices by purchasing locally bred, free-range meats.

“It’s not a choice between factory farming, meat and being a vegan,” Maynard said.

“There’s a choice between being a vegan and only buying ethical meat that’s the real choice.”

#MeToo: Protecting yourself from predators