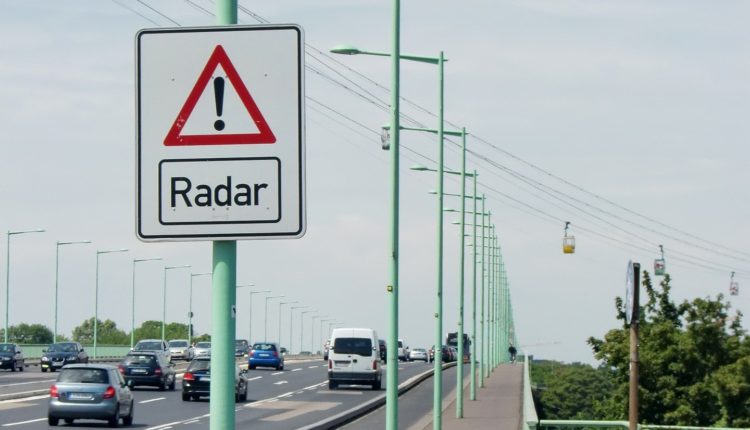 Despite its unpopularity, photo radar is being proposed as a solution to a dangerous intersection in Burnaby. Photo from Flickr.

A Burnaby city councillor is lobbying to bring back controversial photo radar to ensure road safety after three people were hit by cars on a crosswalk in less than a week, with one fatality.

Coun. Sav Dhaliwal said that the provincial government should give municipalities the authority to use photo radar to catch people violating traffic regulations.

“It is a perfect example of why local governments, working with the RCMP, should be allowed to put photo radar in places where we see as necessary,” Dhaliwal said.

Photo radar has a controversial past

B.C.’s photo-radar program was stopped in 2001, after being in place for five years, by Gordon Campbell’s B.C. Liberal government due to its unpopularity with the public.

The issue of bringing back photo radar has been raised again since a report was released recently showing that ICBC is $1.3 billion in debt.

Dhaliwal said the utilization of photo radar is “not just a money grab.”

By allowing local governments to choose where they install photo radar, it would take the responsibility and backlash away from the provincial government, he said.

Another Burnaby councillor, Pietro Calendino, said that the city will be installing extra lights and more signage, as well as illuminating the crosswalk at night to make the Cariboo Road crosswalk safer.

Despite these proposed changes.  Dhaliwal said they aren’t enough.

“There’s reasonable lighting, there’s a cross clearly marked, signs for crossing and it clearly didn’t help. You need to have a much tougher enforcement, and I don’t see the RCMP able to do that.”

Dhaliwal said he will be consulting with staff to see when the last discussions about photo radar with the provincial government were held and will inquire if other local governments also have the desire for photo radar despite its past unpopularity.

Sarah-Kate Salmon, who attends the Salvation Army’s nearby Cariboo Hill Temple, started an online petition to raise awareness of the hazardous crosswalk that has now garnered over 12,000 signatures.

“We have been lobbying and emailing the city for 15 years, more so after the last seven years. This year alone, it’s almost been once a week. Too many accidents and too many close calls,” she said.

Salmon said that she is considering adding a call to reinstate photo radar to her petition.

Ian Tootill, co-founder of SENSE BC, a grassroots drivers’ advocacy group, said to the Voice that the use of photo radar is an “easy way to extract money from people.”

Tootill said there are other ways to make roads safer in high-collision areas besides the use of photo radar.

“Re-engineering the road is usually a solution,” he said. “People don’t choose how they drive based on signs on the side of the road … or amount of enforcement.”

Province is not considering photo radar

A ministry official from the Public Safety and Solicitor General’s office said to the Voice that the province is not considering bring back photo radar.

When the technology is not implemented correctly, “it can quickly lose public support and be perceived as a revenue generation tool as opposed to a road safety intervention,” the ministry official said.

Burnaby RCMP said in a phone statement to the Voice that they have increased enforcement of Cariboo Road since the collisions but cannot comment on the use of photo radar because it is a provincial government decision.