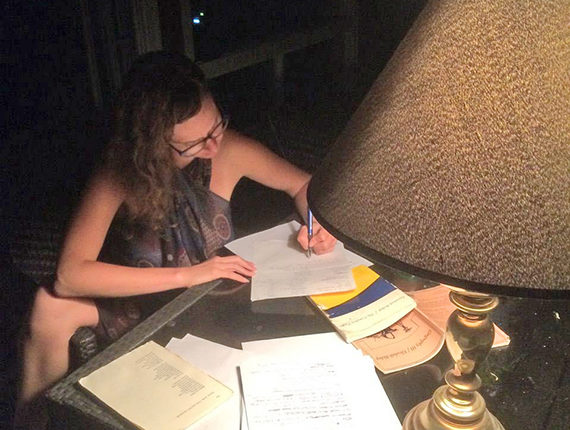 Some non-regular faculty are struggling with debt and shame and one Langara College history instructor is speaking out.

Niall Christie, who was a non-regular instructor for 11 years, represents Precarious Profs BC, a campaign which raises awareness of the difficulties in part-time post-secondary instruction. Full-time teaching staff in B.C. receive around $98,400 annually, according to Statistics Canada. But non-regulars may live on $10,000 per semester, without benefits. In Ontario, community college teachers are currently on strike to, among other reasons, garner equal pay for non-regular faculty, as well as job security for part-time instructors.

Many institutions are turning to non-regular faculty to cut costs, but this exhausts instructors and degrades the quality of teaching, Christie said. According to an article published in Kamloops This Week, about one-third of the Thompson Rivers University faculty are non-regulars, but perform the same work as tenured instructors. At Emily Carr University of Art and Design, part-time faculty make up the majority of instructors, according to The Social Justice Centre.

One instructor, who works at two institutions in Vancouver, wished to remain anonymous for fear of losing their position, but said the financial stress is pushing them to burn out point.

After seven years working at two institutions, for $20,000 per semester plus employment insurance, the instructor has declared bankruptcy.

‘Helpless and drained by the system’

Leesa Dean, after moving to B.C. for a stable job at Selkirk College, because she’d had to supplement her non-regular teaching job in Toronto, said she once signed a contract for four courses but a week later received a new contract, for only one. She said she felt helpless and drained by the system and this weariness filters down to the classroom.

“It’s not sustainable in the sense that it’s hard for students to get a good education when their teacher doesn’t even have an office and is just dragging around a cardboard box,” she said.

Jason Brown recently finished his PhD and teaches part time in Vancouver. He delivers food to make rent which, he said, is humiliating after years of study.

When in doubt, belt it out