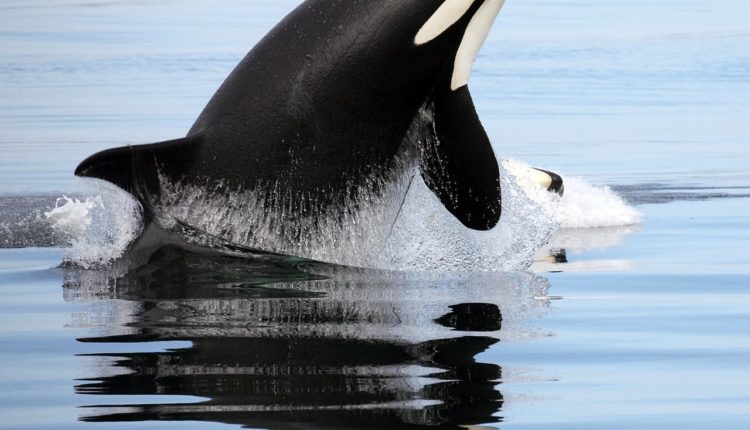 B.C.’s resident killer whales are in real danger of extinction unless the government takes immediate steps to protect them, says Port-Moody Coquitlam MP Fin Donnelly, who is currently serving as NDP critic for fisheries and oceans.

In parliament last week, Donnelly called upon the federal government to issue an emergency order for the protection of the killer whales.

Only 20 of those 76 residents whales are female, and the entire population is at further risk from declining food sources — such as Chinook salmon — in local waters.

Federal government has plan in place

Fisheries minister Dominic LeBlanc told Donnelly the federal government’s oceans protection plan recognizes the vital role Chinook play in the food chain, and will encourage the development of a strategy to protect the species.

“This is an iconic species for all Canadians, that’s why our government announced an ambitious 1.5 billion dollar oceans protections plan,” Blanc said, adding the plan has partnered with indigenous communities to advise on how to protect the species and help it recover.

In a recent interview with The Voice, Donnelly said that while research was important, the government’s plan will not act quickly enough to protect the whales, since their food source is a pressing issue.

Charlotte Dawe, conservation and policy campaigner for the Wilderness Committee said there is no time left to act on preservation of the southern killer whale population.

Dawe said the government’s current strategy will not be effective in recovering the Chinook salmon the whales feed on, and agrees with Donnelly’s call for an emergency order for protection.

“Now is the time to use the law in the favour of the killer whales,” Dawe said.

“I think if we wait any longer we might not have any killer whales to recover.”

Students in Vancouver Could Be Offered More Mental Health Services

Man Up Moves Out