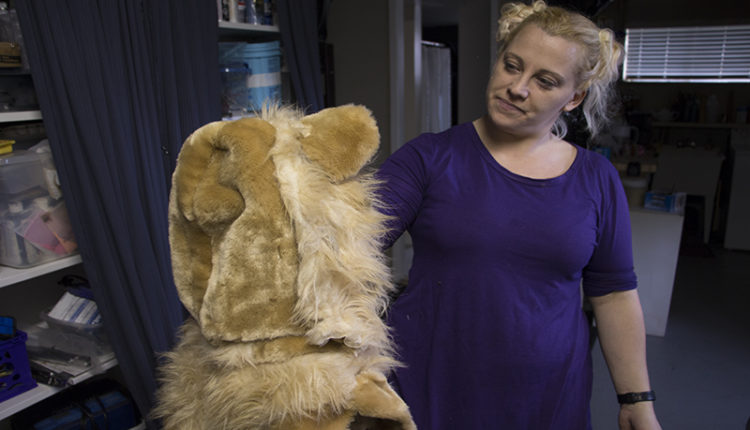 Making costumes an enriching activity for some

Making costumes can be a creative outlet and very fun

Even though there is a wide range of easily accessible costumes that you can purchase, a core group of people who are very invested in making their own, still exists.

People who make their costumes said they enjoy it because it is a creative outlet and a way to express yourself. Some people would still like to make costumes, but lack the time to do so.

Nickie Lewis, a designer who makes costumes year round for events like Burning Man, owns The Wizards Makery.

“It allows [people] to express a part of themselves that otherwise they would not be able to express,” said Lewis, who was a chili pepper this year during a costume party.

Mikkel Svendsen for six years has been a part of the cosplay or ‘costume play’ community where people of all ages gather and wear costumes of their favourite fictional characters. For Svendsen, making a costume is a way to socialize and display skill and creativity.

“It opens you up to a whole new community,” said Svendsen, who this year will be wearing a Guro Lolita costume during the day and an Annabelle costume on Halloween night. “It just helps me feel free and more outgoing. I love showing off all the hard work I’ve done on the costumes.”

Finding time to make a costume with a busy schedule

Due to assignments and exams around Halloween, some students do not have enough time to make their own costumes.

Langara student Raseel Dalgamount, a mother of two, found alternatives for costume-making in her busy life. She said she buys different accessories and pieces of costumes to create a unique character combination.

“Even if you are buying it, you can still make your own costume by picking the right pieces,” she said. “I buy them because I don’t have time but I would’ve [made my own].”

This year, Dalgamount said she will be a tree if she has the time to put together the costume.

Fermented foods may be the key to boosting serotonin