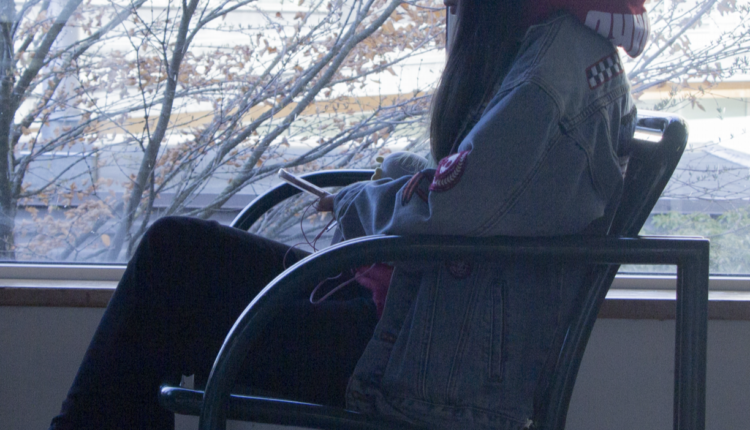 Langara tells already cold students to chill out even more

FortisBC has requested B.C. residents to curtail all unessential use of natural gas as they repair the main 36 inch pipeline.

“We have turned down the occupied space temperature to 18 degrees across campus in response,” Patricia Baker said, Langara’s associate director of facilities. 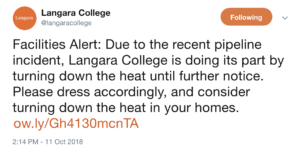 This thermostat adjustment comes at a time when students are already complaining about low temperature in A Building.

‘Chill in the air’

According to Baker, the chill in the air is the result of ongoing renovations to improve energy efficiency of its largest complex.

“There are areas that continue to be commissioned and it is reasonable to expect that temperatures may fluctuate,” she said.

Langara student Cynthia Turnbull, who has been enrolled since 2016, said she has noticed the unreliable heat prior to the pipeline incident.

“Most of the time it’s too cold, especially in the winter,” she said. “I wear a hoodie in class.”

Students should now prepare for those temperatures to drop even further as the college responds to FortisBC’s request.

Langara is one of many post-secondary institutions impacted by the pipeline explosion 782 kilometres away.

“We’ve been lowering temperatures in some buildings, and stopping altogether in other buildings where we can,” he said.

FortisBC declared the rupture a force majeure, which is a contract clause freeing them from liability and performance obligations under extraordinary circumstances.

“These rates encompass some of the post secondary institutions in the Lower Mainland,” Vilac said.

On Saturday morning, Enbridge announced the Transportation Safety Board has opened the explosion site for safety inspections and cleanup.

The repair time, estimated to take two weeks, hasn’t started yet.  The TSB continues to investigation the cause.