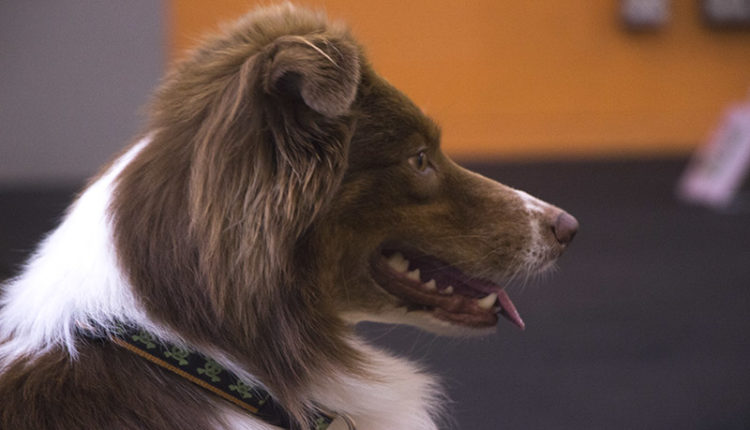 Putting a dog through its paces in competion is one way to test its obedience — especially with added distractions. That is one benefit of the DOGSmart Training and Daycare Rally-O Fun Match, according to Jennifer West, the mom of a 14-year-old dog handler. She said that her son Callum Rose, and his dog, a four year old doodle, Rufus, do well during their agility classes at DOGSmart, but once you put them on a course with other dogs, that’s when his skills really shine.

Dog and handler both put to the test

“These fun matches are a way to put those skills to the test to compete against other dogs,” West said. “The agility classes prepare you for these events, but until you’re actually in the ring with other the dogs and the other circumstances, it’s difficult to tell whether you’re actually good at it.”

West says that while Callum Rose and Rufus have a great connection, Rufus does not like when his handler can’t be seen.

“Callum doesn’t have to speak a lot, Rufus follows him and knows his hand signals,” West said. “Something that Rufus struggles with every time, he does not like not being able to see Callum.”

Alice Fisher, owner and trainer at DOGSmart, said in order to run the course well, the team has to work together.

“I think they become aware how much their footwork influences the dog,” Fisher said. “One of the cues from the advanced or excellent is where they had to take a jump, and then come back into heel position.”

Six-year-old Australian shepherd, Kane, finished first in the excellent category, and his handler Mary Federici, who is also a trainer at DOGSmart, said that Kane loves to participate in dog obedience events.

“He loves it, you can see he is all crazy,” Federici said. “When he gets in there he is all excited to do it.”

Langara lags behind in providing naloxone kits on campus