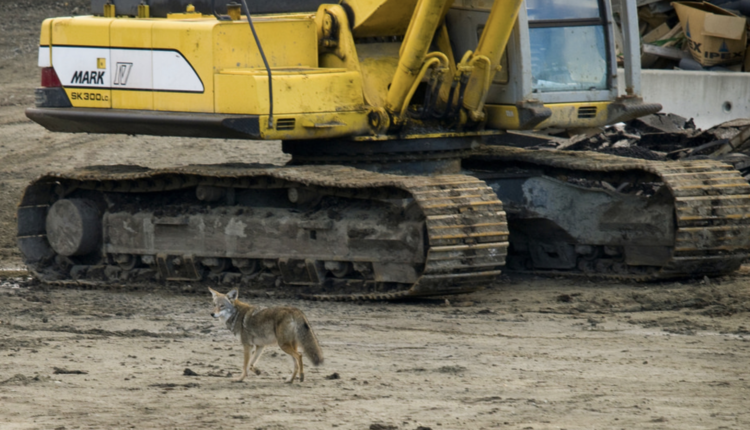 Over the past three months, South Vancouver recorded the highest number of coyote encounters in Metro Vancouver.

Out of 139 total coyote occurrences, which include sightings, pet attacks and aggression towards humans, South Vancouver accounted for 39, nearly one third of all cases.

Vancouver is composed of a lot of green space, which allows an estimated population of 200 to 300 coyotes to find pathways that make travel easier while feeding on small animals. Rodents make up 90 percent of their diet.

According to Sara Dubois, BC SPCA’s chief scientific officer, the rodent population thrives due to humans creating a large amount of garbage, which in turn causes the coyote population to prosper.

“If we didn’t have coyotes we would have a huge infestation of rodents. That is why they are really important … the ecological value that they are having in this community,” Dubois said. “People usually freak out because they think they shouldn’t be here and they are threatening, but actually coyotes are very fluffy … the ones we have here are very small and generally not threatening.”

Not as dangerous as you think

Since their arrival to Vancouver over 30 years ago, there have been eight attacks on humans; four of those cases involved coyotes being fed by humans.

WildSafeBC provincial coordinator Frank Ritcey said that generally coyotes do not want anything to do with people.

“When you do hear reports of coyotes fighting someone, usually it’s because that coyote has been fed at some time and so [it] associates humans with food,” Ritcey said. “That’s why they are so bold as to come up to someone and nip at them and try to get them to give them food.”

Coyote dissection before a crowd

Celina Starnes, public education and outreach manager for the society, led a coyote dissection event Tuesday night, with the purpose of informing attendees on how coyotes have lived around humans for so long by studying their anatomy, last meal and cause of death.

The coyote used in the dissection was found dead at the VanDusen Botanical Garden two months ago and was frozen in order to be studied and used for the event.

“The interesting thing about [coyotes] is their insides start to look a whole like people’s insides because of our co-evolution,” Starnes said. “So a lot of the [coyotes] and human’s diets have been the same for so long that there’s been a lot of convergent evolution.”

Unfortunately for those who attended, the only trace of food in the dissected coyote’s stomach was a single feather and a stick.

“What often happens when we find them, they’ve been away from a food source for a while,” Starnes said. “She probably nursed her injuries until she died.”

Team BC Loses Out at the Wheelchair Rugby Invitationals