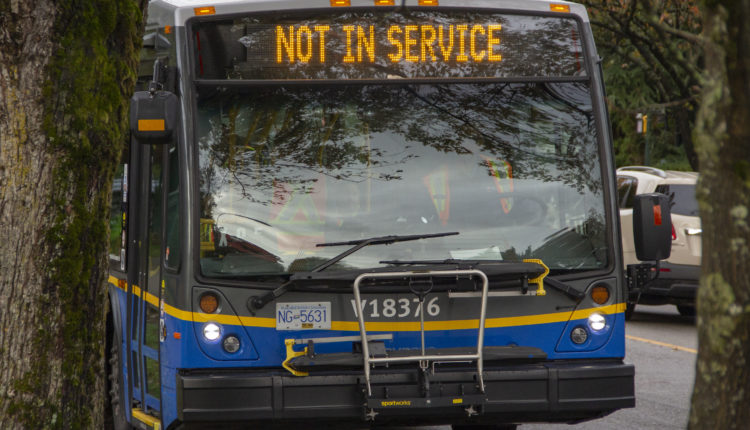 Bus strike could cause major problems for Langara

Updated Oct. 31, 2019: Translink has confirmed that Unifor will take strike action beginning with a uniform ban by operators, and an overtime ban by maintenance workers. Students should be prepared for a  reduction in bus and SeaBus services as soon as 8:00 am tomorrow.

Bus drivers will be walking off the job as early as Friday, Nov. 1, 2019, many Langara students and staff will face some disruptions to transit service. The college has said in the event of job action, it will remain open as usual with regularly scheduled classes and services.

Aaron Marty, an environmental studies student, said that a transit strike would be very problematic for him.

“My only way to get here would be taxi,” said Marty.

Situated on South Vancouver’s 49 Ave., Langara College is primarily serviced by the 49 bus route, the second busiest bus route in the province.

Business administration student Srikant Raturi said that a transit strike would be devastating for him as he relies heavily on the transit system.

“I take two buses and a train, so I don’t think I’d be able to reach the college,” said Raturi.

The college is encouraging students, staff, and faculty to find alternative transportation, suggesting options such as carpools or cycling.

“We are monitoring the situation closely and considering our plans should there be job action by transit workers,” Sherry Chin-Shue, director of human resource operations at Langara,” said in an earlier email.

In 2001, transit operators went on strike for over 100 days, in what became Metro Vancouver’s longest transit strike to date.