Public devices should be visually available for life and death situations

According to the Heart and Stroke Foundation, the survival rate of a cardiac arrest victim can decrease by seven per cent for every one minute of delay in defibrillation. That means in 14 and a half minutes, their survival rate is essentially zero.

The BC PAD (Public Access to Defibrillation) Program is an online registry of all publicly available AEDs in B.C. The city of Vancouver also provides access to AEDs in public facilities, such as  municipal office buildings, community centres, works yards, and libraries.

St. John Ambulance has a pilot project, yet to be announced, where AEDs will be placed in high traffic areas. One such station can be found at the Oakridge Centre.

Though the city has mapped where to find public access AEDs on their website, unfortunately not all are registered with the BC PAD. Since the BC PAD is voluntary, there is no legal obligation to register a device, whether it be for public or private use.

Langara College currently has eight devices on campus, none of which have been registered to the BC PAD program. David Aucoin, Manager of Security, Safety and Emergency Management, said that registering the devices has not been discussed at the committee level at this point in time.

In efforts to make more devices available, concerned citizen Kevin Dao has started an online petition to have TransLink install publicly accessible devices at all SkyTrain stations. Though according to Senior Media Relations advisor, Ben Murphy, AED units are already available at SkyTrain stations, but accessible only to trained staff.

There is no legal obligation for anyone in B.C. to respond to an emergency medical situation, even medical professionals, but those who decide to act are protected by the Good Samaritan Law.

In this video, St. John Ambulance was able to provide a demonstration on how easy and safe it is to use an AED. 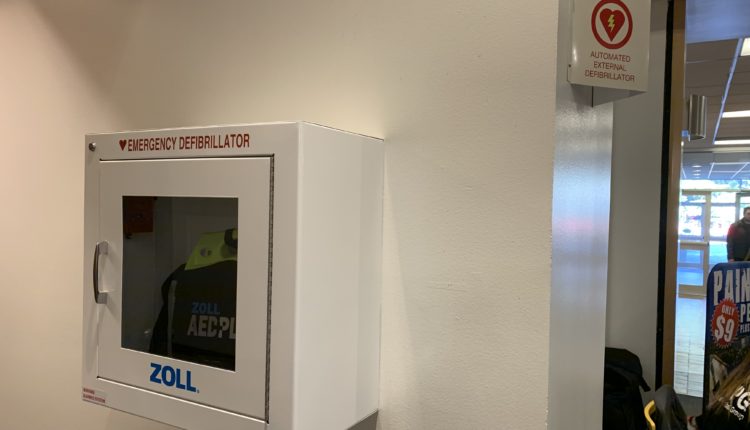 AED located in Building A Foyer, one of Langara's eight AEDs found on campus 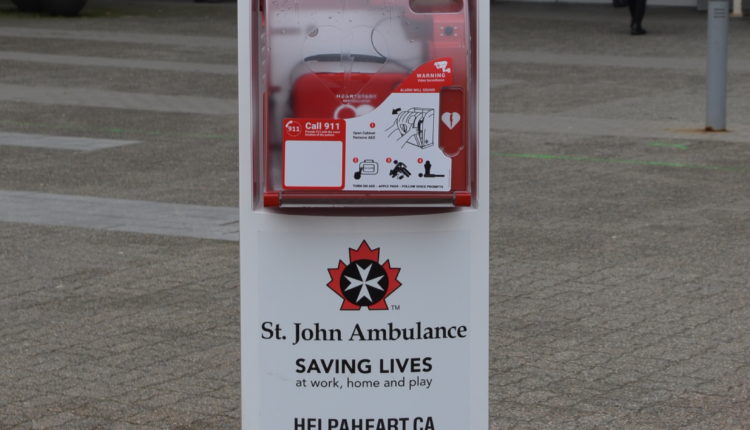 This SaveStation can be found at Oakridge Centre, between the main entrance and the SkyTrain entrance. 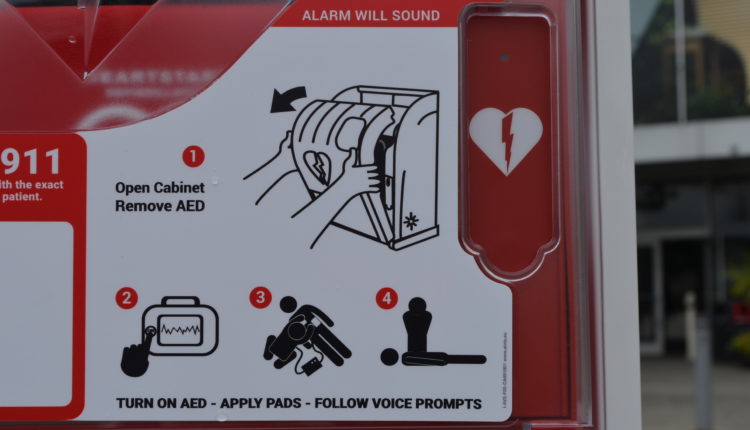 Close up of instructions on the St. John Ambulance SaveStation. 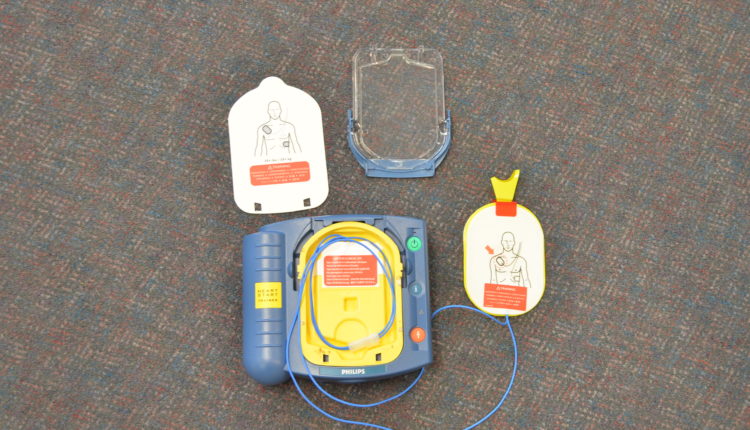 Opinion: The 49 should be an express bus

Some Victoria Drive businesses are hard hit by COVID-19 virus

COVID-19 supplies fly off the shelves across the city

The Voice newspaper and its digital edition, the Voice Online, are produced by Langara College journalism students as part of their multimedia production courses.