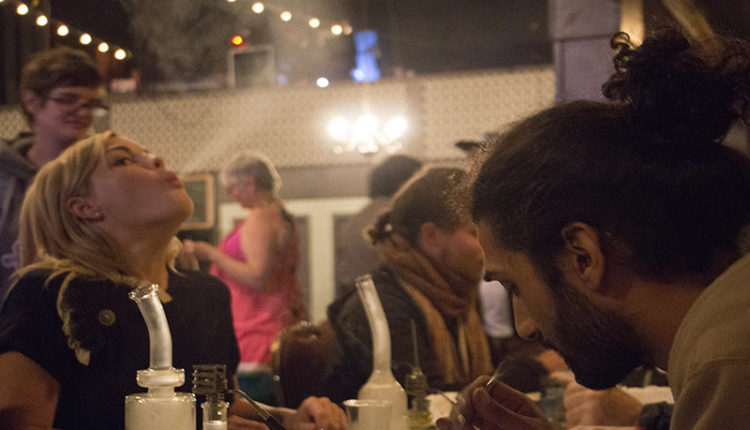 Opinion: Will weed get whacked by Vancouver’s bylaws?

Weed is Vancouver's last bastion of civil disobedience, and legalization may over-regulate it.

If cities have souls, then Vancouver’s is buried somewhere under a stack of bylaws. For one so young and beautiful, Vancouver’s self-regulation is astounding and it occasionally forgets to truly enjoy itself in a soul-baring, ‘gorging on the sweet melancholy of existence’ kind of way. I have sat in baffled sobriety at many an outdoor festival, gripping a seven dollar latte and wondering how to leave politely. Days at the beach here are fabulous, but even the beach has a closing time and you can’t have a beer.

Marijuana is Vancouver’s last, glorious, refuge of civil disobedience and love – or at least greet – thy neighbour. This is why we need more outspoken, pot-positive legislators like Mary Jean Dunsdon as we prepare for legalization on July 1.

Campaigning to save Vancouver’s soul

Dunsdon’s recent campaign for city council is centred on creating a fun city. She calls nudist Wreck Beach the last bastion of freedom, and warns that after legalization over regulation of cannabis could kill the heart of the city making pot less accessible to those who need it most. I am worried she may be right.

The hard labor of the anti-prohibition movement has been sustained by advocates like Dunsdon, who see it not as a market commodity or a deviant luxury, but as a treatment for addiction, a community unifier and a healer. They deserve a seat at the table to continue to question the negative perceptions behind high licensing fees and incapacitating site restrictions.

Legalization is not the final victory for pot

Celebrating the end of prohibition is not the end game.  As cannabis is fed into the great regulatory machine, we must continue to do our civic duty and monitor those who would legislate the heart out of the community. In Dunsdon, I see someone crying out for us to remember the soul of the issue. While there is much talk of protecting people from cannabis, I want voices like Dunsdon’s protecting cannabis from people.