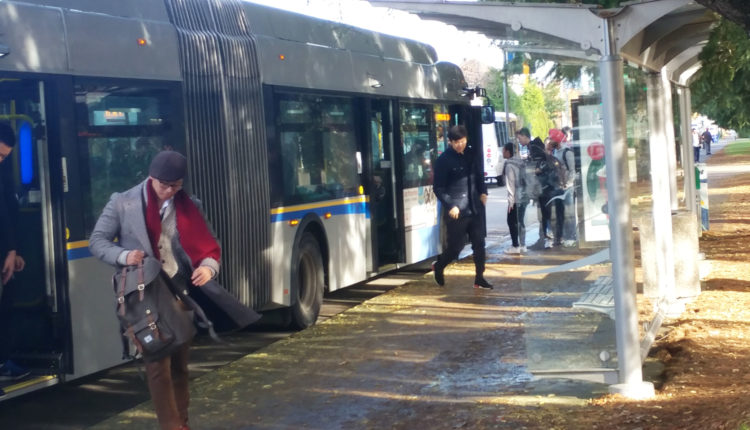 Striking workers coming out ahead of company

Managing Web Editor Agazy Mengesha explains his take on the ongoing transit strike action, and how the striking workers are representing themselves in the eyes of their passengers.

Strike action started on November 1st, after Coast Mountain Bus Company and the transit workers’ union Unifor were unable to come to an agreement over a new contract, following the previous contract’s cancellation earlier this year in March.

The union started their strike action with bus drivers wearing civilian clothing, and a ban on overtime for maintenance workers. While there has been a minimal impact on high frequency bus routes such as the 49th and 41st bus routes, it has resulted in the cancellation of a number of Seabus trips each day since its beginning, and union representatives have warned that additional overtime cancellations are being considered.

Today, talks between the union and TransLink resumed.

Cannabis and spirituality may go hand in hand, says activists