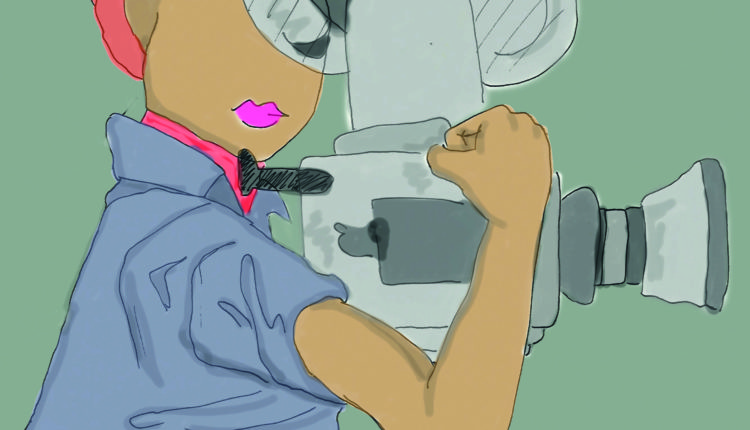 Opinion: Time’s up on the lack of female directors in film and television

Maybe these figures aren’t so surprising given the small number of women directors working on big-budget projects.

A 2018 study by the Annenberg Inclusion Initiative looked at the gender breakdown of the top 1,200 highest-earning films in the U.S. over the past decade. The study found only 56 directors of 1,335 were women. That’s just over four per cent female directors in a population that’s slightly more than half women.

In Canada, the numbers are similar. Some 17 per cent of Canadian film and television directors are women, but the number drops to just four per cent for projects with budgets of over $1 million.

It’s 2019. If not surprising, these numbers are pathetic. We can do better.

It seems obvious that we have a crisis of inclusion in film and television, and putting more women in the director’s chair is the first step to solving it.

As the top creative position on a film project, directors make important decisions that shape how stories are told. Right now, those decisions are almost entirely made by white men.

It’s not a stretch to imagine that the stories they tell are coloured by their lived experiences. We see male characters that are more developed than their female counterparts, who speak more lines and whose accomplishments outnumber those of the women around them.

Female directors make space for female actors. In films directed by women, 43 per cent of on-screen speaking roles were filled with women, compared to 30.9 per cent under male directors. That’s too big to be a coincidence.

This is a vicious circle. People with power tend to share it with those who are similar to them, and right now, power in film and television rests almost exclusively in the hands of white men.

This International Women’s Day I have one wish: I want to see more women’s names in the top spot when the credits roll.

Read the related news story about female directors in film.