Opinion: Boomers, time to take a step back

The underrepresentation of youth among Canadian members of parliament remains a persistent problem across federal politics.

Elected in 2011 at age 19, Pierre-Luc Dusseault was the youngest ever MP to be elected to the house. He remains the youngest MP today at age 28 and is amongst three in the House of Commons who are under 30-years old.
This lack of youth representation is troubling due to several factors.

Over the last five federal elections Baby Boomers represented the majority of voters, therefore little consideration was given to younger voters. These youth had neither the numbers nor taxable income to compete with the Boomer majority so the politicians largely ignored them. 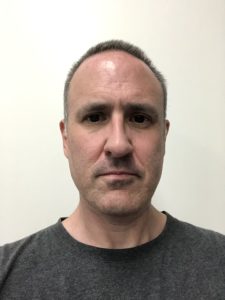 Millennials have essentially grown up under a series of political systems that have been indifferent to their needs and dismissive of their political concerns.

The results speak for themselves: lower voter turnout is a reflection of Millennial disinterest in federal politics. Compare that with the 21 per cent difference between Boomer and Millennial voter turnout and the generation which cares speaks for itself.

In 2015, Justin Trudeau’s Liberals were the first to take notice of the youth vote. Despite major criticism of his young age and lack of experience, Trudeau attracted a 15 per cent increase of younger voters from the previous election.

Political parties this time around recognize that Millennials make up the majority of the voting block. As a result we can see that considerably younger politicians have been set forth as party leaders. Andrew Scheer and Jagmeet Singh are both 40 and Trudeau is 47, some of the youngest leaders in Canadian history.

Will putting a younger face forward intrigue Millennials enough to show up at the polls? With the power to enact real change Millennials could be changing this country for good.

Vancouver South candidates on the need for bus decongestion